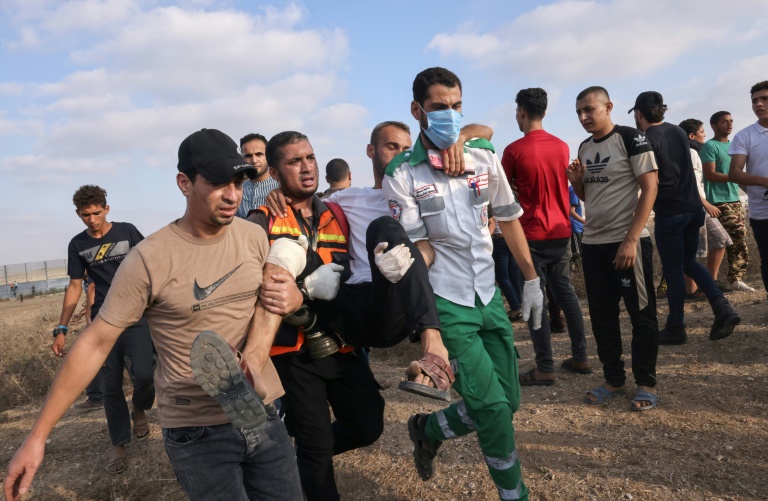 GAZA CITY, Palestinian Territories,  – Israel struck Gaza on Saturday after clashes between its troops and Palestinians protesters on the border left dozens injured, including an Israeli policeman and a 13- year-old Palestinian boy who were both critically wounded.

The clashes, which saw crowds of young Palestinians hurling firebombs and trying to scale the Gaza border wall, with Israeli troops firing in return, came exactly three months since Israel and the enclave’s Hamas rulers reached a truce following their deadliest fighting in years. The Hamas Islamist-run Gazan health ministry said the injured included a 13-year-old boy left in a critical condition after being hit in the head.

“Forty-one civilians were wounded with various injuries,” the ministry said in a statement, with Hamas saying “thousands” of protesters had taken part. The Israeli army said that “hundreds of rioters” had tried to climb the Gaza Strip’s northern border fence, hurling “explosive devices”, with some trying to wrest a rifle off a soldier. Volleys of tear gas were fired towards the protesters, who set fire to tyres.

The army said it had “responded with riot dispersal means, including when necessary live fire.” An officer was wounded when protesters opened fire. “An Israeli Border Police soldier was critically injured by live fire emanating from Gaza, and is currently receiving medical treatment at a hospital,” the army added. – Fragile ceasefire – Israeli police commissioner Kobi Shabtai in a statement vowed the force would “continue to act firmly and with all our might against those who want to harm us.”

Defence Minister Benny Gantz, speaking on Israel’s Channel 13 TV news, said that “these are definitely extremely serious events that will have a response”. Shortly after his comments, Israel’s army in a statement said its fighter jets had hit “four weapons and storage manufacturing sites belonging to the Hamas terrorist organization”, and that it had reinforced the Gaza division with additional troops.

There were no immediate reports of casualties from the strikes. Hamas had called a protest Saturday to mark the burning 52 years ago of Jerusalem’s Al-Aqsa Mosque, the third-holiest site in Islam. “Al-Aqsa Mosque is a red line, and any attack on it will be met with valiant resistance from our people,” the movement said in a statement. Late Saturday, Hamas and other groups in Gaza issued a joint statement in which they “saluted the heroic youth” who clashed with Israeli forces.

The violence is some of the worst since the May 21 ceasefire came into force. Over 11 days in May, Israel pounded Gaza with airstrikes in response to rockets fired from the enclave. Hamas said it took action after Israeli security forces stormed Al-Aqsa in May. Reconstruction in Gaza has stalled since the ceasefire, in part because of a crippling blockade Israel has maintained on the enclave since Hamas seized power in 2007. On Thursday, Israel announced it would allow funds from Qatar to reach impoverished Palestinians in Gaza. Other restrictions remain.

The ceasefire Egypt brokered between Hamas and Israel has largely held, although there have been flareups. On Monday Israel said its “Iron Dome” missile defence system intercepted a rocket fired by militants in Gaza into Israel, the first time since the recent battle. That came after four Palestinians were killed in the Jenin refugee camp in the occupied West Bank.

In 2018, Gazans began a protest movement demanding an end to Israel’s blockade and a right for Palestinians to return to lands they fled after the Jewish state was founded. The Hamas-backed weekly demonstrations, often violent, sputtered as Israel killed some 350 Palestinians in Gaza over more than a year. 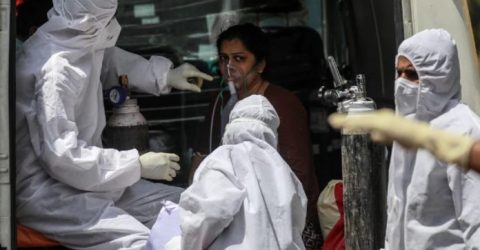 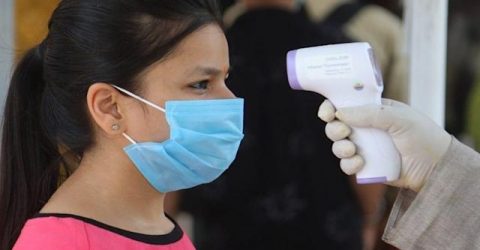 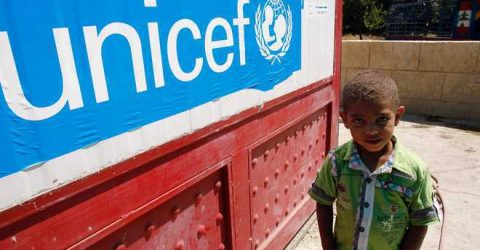 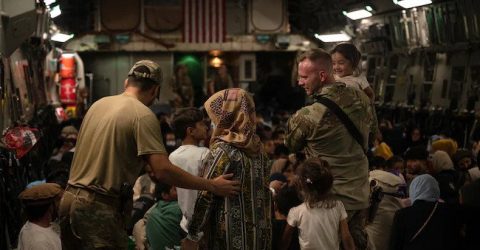