DHAKA, – The August 21, 2004 grenade attack left a permanent scar in Bangladesh’s political landscape and following a delayed trial after a protracted process a court found that the then “state-machinery” was used in carrying out the assault.

A review of the event that took place 17 years ago now suggests the assault had drawn an extra attention of international media and deeply disturbed the major global powers and regional countries, mounting pressures on the then BNP-led four-party alliance government.

The pressures visibly prompted the regime to launch, what later appeared to be a mock investigation, to protect the culprits while 36 people eventually found to be direct plot masterminds and assassins who killed 24 people including senior Awami League leader Ivy Rahman.

Some 500 others were wounded and many of them were crippled for life.

The government response to the attack prompted the foreign embassies in Dhaka at that time to issue a joint statement expressing their dissatisfaction as they doubted the neutrality about the investigation process.

“I think the international powers and observers were disturbed more by the way the then regime responded to the attack. . . they found it very odd and BNP-Jamaat government lost its credibility much,” international relations analyst Professor Dr Imtiaz Ahmed told BSS.

He recalled none of high government representatives and even the top law enforcement agency chiefs visited the scene after the attack, which was unusual even if “you consider it from Bangladesh’s socio-cultural perspective”.

Imtiaz added that the subsequent events now suggested initiatives were taken to mislead the people through a concocted investigation process.

A court has handed down death sentences to 19 culprits including the then junior minister for home Lutfuzzaman Babar and another junior minister Abdus Salam Pintu and life imprisonment to another 19 including now ‘fugitive’ acting BNP chairman Tareque Rahman and senior party leader Haris Chowdhury, also a fugitive.

Incumbent Prime Minister and the then opposition leader Sheikh Hasina, who clearly was the assassins prime target narrowly escaped the attack but with hearing impairment, in an address coinciding with the anniversary of the attack, said the judgment was expected to be executed soon.

Hours after the attack the then Indian Prime Minister Manmohan Singh called Sheikh Hasina and talked to her in person and later then US secretary of State Colin Powel called her.

On that very evening the then German foreign minister Joschka Fischer issued a statement expressing his country’s concern over the attack.

In subsequent days the United States, India, China and European countries issued statements after statements condemning the attack and demanding a proper investigation while some analysts said they had an extra reason to be concerned against the backdrop of the 9/11 terrorist attack.

US ambassador in Dhaka Harry K Tomas and Indian High Commissioner Veena Sikri separately called on Sheikh Hasina and expressed their sympathy and discussed the then situation.

The US embassy in a statement in Dhaka called the “commando style attack” an attempt to eliminate the Bangladesh’s entire opposition leadership and observed that if successful it would have jeopardized Bangladesh’s future.

The diplomats of the European nations in Dhaka issued a joint statement asking the then government to track down the culprits to be exposed to justice alongside ensuring Sheikh Hasina’s security.

On August 23 US President George W Bush expressed his deep shock while US secretary of state Colin Powel called both Sheikh Hasina and then premier Khaleda Zia to convey the US president’s message to them and described the attackers on the Bangladesh opposition leader as “peoples enemy”.

Powel later in a statement in Washington called upon Bangladesh government to bring the people responsible for the attack before justice.

UK’s foreign minister Jack Straw on the same day said in a statement that he expected Bangladesh authorities would expose the culprits to justice while British high commissioner in Dhaka Anwar Chowdhury called on Sheikh Hasina.

The envoys of the Netherlands, Sweden, Denmark, France, Germany and Italy and Sri Lanka also met the Bangladesh’s opposition leader and conveyed their respective governments concerns to her while Pakistani senator Iqbal Haidar also called on Sheikh Hasina.

On August 24, the then UN secretary general Kofi Anan issued a statement harshly condemning the attack and on the next day the foreign embassies in Dhaka issued joint announcement afresh expressing their annoyance downwards the government’s role in investigating the attack, an issue which was widely discussed at that time.

Media reports suggested the foreign diplomats even declined an invitation to attend a briefing by Lutfuzzaman Babor and against the backdrop of the situation on August 25 the then Commonwealth secretary general Don MacKinnon called Sheikh Hasina.

On the same day Australia and Japan also issued statements while Canberra said the heinous attack could not be justified by any logic.

Against the backdrop of growing criticism against the government, 19 ambassadors led by the then dean of the diplomatic crop Shahta Zarab met Sheikh Hasina on August 26 putting their weight for a demand for a neutral investigation.

The pressures for a “neutral investigation” were particularly being made by western and other diplomats and right watch dogs in Dhaka indicating they had doubts about the process. 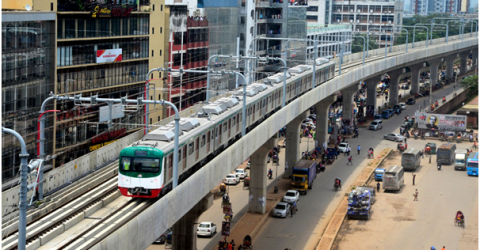 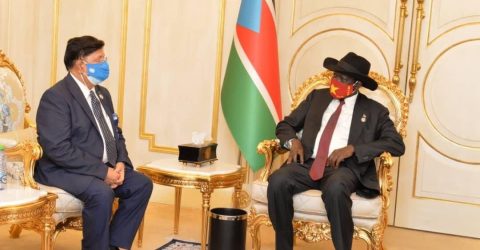