ICT based programs made jobless youth an entrepreneur in Netrakona 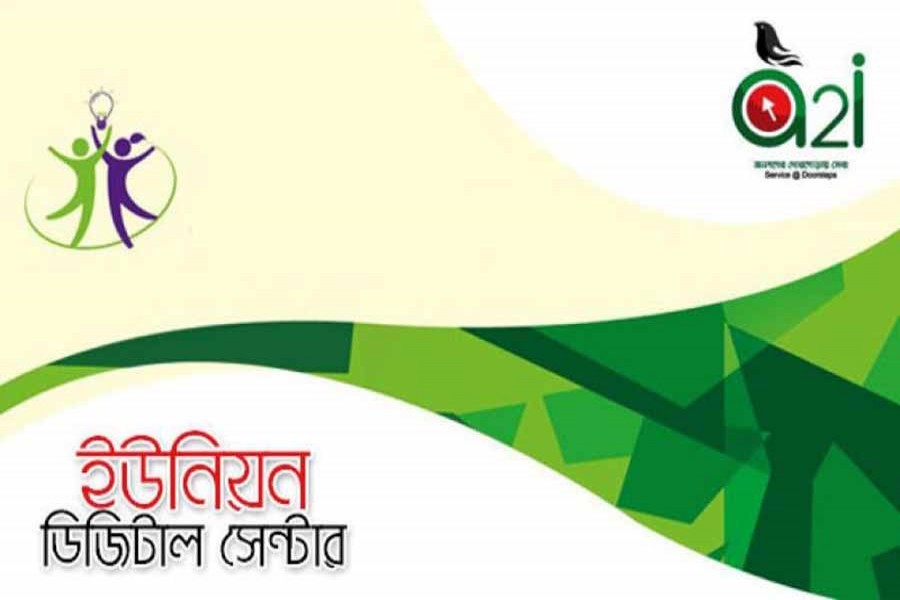 NETRAKONA, —- Mohammad Alamin, 31, a poverty –stricken unemployed young man, has come out of impoverishment cycle and became successful entrepreneur with the help of union digital center and different information and communication technology (ICT) based training programs of the government.

The young man has been established as a successful entrepreneur and digital service provider at Narandia union digital center under Purbadhala upazila of the district. He is now a figure of inspiring to many poor unemployed youths in the society for his ICT based innovative works and services.

Alamin, hailing from Hironpur village, started making his untiring efforts to get a job since passing of HSC examination in 2007 as he could not get access to higher education because of his poor family could not bear his educational expenses.

In the same year, he got another chance to participate a weeklong training program on ICT network held at Netrakona DC office under the auspices of district administration and ICT division, where prominent ICT experts of the country imparted training. After obtaining the training programs, I worked at a private computer training center at the Hironpur Bazar under the Purbadhala upazila for one year, he said. In 2011, Alamin met the then chairman of Narandia union parishad and expressed his desire to work in the union digital center as an entrepreneur .

After few days, the UP chairman accompanied by him went to the office of Upazila Nirbahi Officer (UNO) of the Purbadhala upazila and introduced him with the UNO. The UP chairman also requested the UNO to give him permission to work in the Narandia union digital center as entrepreneur. “Then, the UNO asked me to submit an application before him, and I submitted an application there”, he said adding that within a month he got permission from the UNO office to work in the union digital center as entrepreneur, he said.

“The transformation of my life began when I started working in the union digital center. Because, as an entrepreneur, I got opportunities to obtain vast knowledge on ‘ICT and computer operating’ after participating many training programs held on the year from 2012 till now under the auspices of access to information (A2i) , ICT division, ICT ministry, local government department and district and upazila administrations”, he informed.

“I acquired vast knowledge about computer and ICT networks including E- commerce, digital marketing, hardware , software and outsourcing in those training programs, my skills were strengthened more” he said. Alamin said at one stage, in the year of 2020, I started dreaming to build up a smart career as a successful ICT professional and began an online based marketing program with side by side of providing digital service to the rural people. “ Now, he said, my dream is going to be materialized as I have already eradicated my financial hardships and uncertainty.

I got a way of regular earnings and improving my socio-economic condition”, he stated in an emotion chocked voice. Alamin expressed his gratitude to prime minister Sheikh Hasina and her ICT adviser Sajeeb Wazed Joy for flourishing technology based education and taking massive ICT based training programs across the country to enlighten the unemployed youths to be self-reliant as well as attain the goal of digital Bangladesh.

He informed that a total of 92 union digital centers were setup in different areas of 86 unions and ten upazila digital centers in ten upazilas under the district which are enriched with various need based modern devices and machineries like computer, laptop, laser and color printer, projector, modem, digital camera, scanner and photostat machine.

Apart from this, many unemployed youths have been working in the digital centers as entrepreneurs and digital service providers to find out the way of regular earnings and becoming self-reliant, the deputy director added. Deputy commissioner (DC) Netrakona Kazi Mohammad Abdur Rahman.