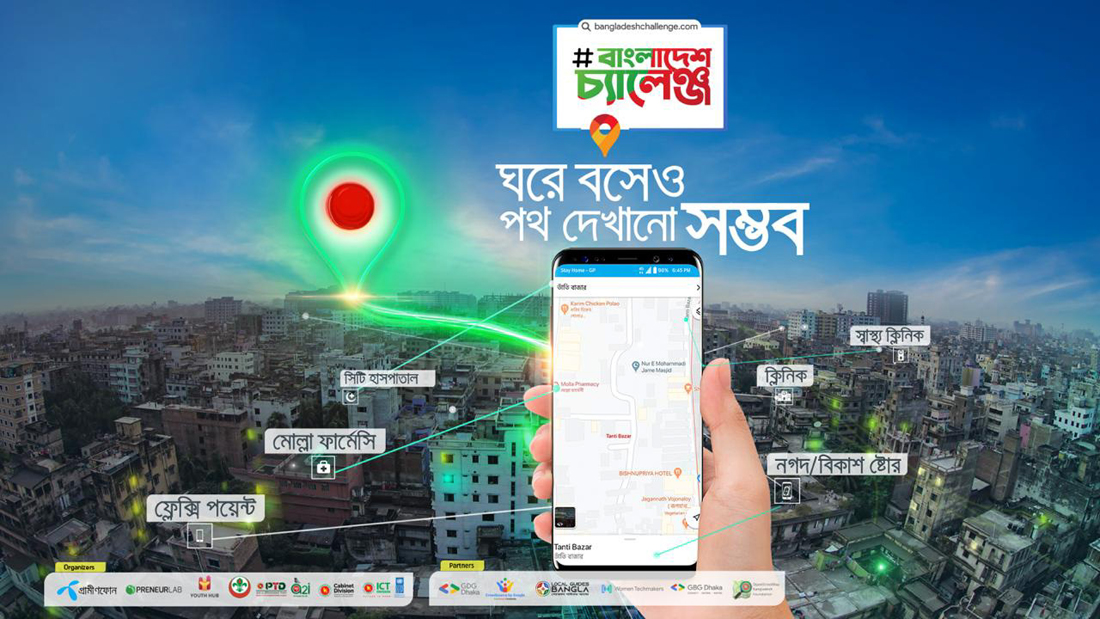 Many customers place orders online from remote and rural areas of the district to buy products from his ‘ekShop’, the e-commerce aggregator developed by a2i of the Cabinet Division and the ICT Division with the support from the UNDP, and deliverymen reach the respective products easily to customers’ doorsteps by using the Google Maps, he said.

But, Arif said, the deliverymen used to face difficulties in delivering products to online customers as they (customers) usually use locally popular establishments such as big shops, schools, hospitals or clinics to pick up their products instead of their actual destinations.

As the deliverymen use Global Positioning System (GPS), a satellite-based radio navigation system on Google map, where customers’ exact addresses are not inserted, they could not deliver the products quickly to the customers, resulting in a gradual decline in online orders.

Arif had fallen in depression about his much invested online business over delivering issue and his depression deepened when e-commerce got momentum due to the COVID-19 pandemic as his deliverymen were facing the crisis of identifying the addresses of the customers on Google Maps.

In the meantime, he got an offer through e-mail for doing a short course on capacity building on how to use Google Maps for product and e-commerce delivery during the corona virus period.

From the short course, Arif said, he came to know that important establishments across the country such as hospitals, pharmacies, big grocery stores or super-shops have been included in the Google Maps through the ‘Bangladesh Challenge’ campaign launched by the a2i.

He found the solution to his problem and shared his experience with his manpower about the technique of finding the customers’ locations easily within a short time.

This updated Google Maps developed by the a2i and the technique helped Arif overcoming the problem of finding customers’ locations and encouraged him to launch a courier service named ‘Digital Express’ along with his existing ‘ekShop’.

Arif’s success in the e-commerce through ‘ekShop’ center using the Google Maps encouraged many youths to become entrepreneurs starting online business in the district.

Inserting data of the country’s every corner up to village level in the Google Maps is a time befitting initiative of the present Awami League government under the dynamic and visionary leadership of Prime Minister Sheikh Hasina aiming at reaching urban facilities to every village.

These maps can’t specify most of the rural areas of the country now but it will be available in the Google Maps soon since an initiative has been taken to enrich the Google Maps and the Open Street Maps through the ‘Bangladesh Challenge Campaign’.

According to the a2i officials, the ‘Bangladesh Challenge Campaign’ has been designed in such a way that everyone can take part in creating a database staying at their homes. Mapping experts are cooperating with the volunteers throughout the campaign.

Steps are taken to further enrich Google Maps and the Open Street Maps of Bangladesh, which will help the people of the country to find the nearest hospitals and pharmacies in case of emergency, the sources said.

“Digital mapping brings smile of millions across the country. Around 130,000 spots have already been identified by youth volunteers through the ‘Bangladesh Challenge Campaign’. It’s a competition for digital mapping, from which everyone trace destination easily,” Adanan Faisal, National Consultant – Communications and Media Outreach, a2i told BSS here today.

The ‘Digital Mapping Challenge’ is being conducted jointly by a2i, ICT division, Grameen Phone and Preneur lab, he said.

Mobile phone operator Grameen phone in partnership with a2i (Aspire to Innovate) launched the initiative implemented under the Cabinet Division and the Information and Communication Technology (ICT) Division with the support from the UNDP, during the COVID-19 pandemic in the country.

Under the initiative of Bangladesh Challenge, youths were given the opportunity to pinpoint important locations in Google Maps and Open Street Map, staying at their respective homes.

“This mapping is immensely helping common people during such trying time while aiding significantly to the e-commerce and delivery services,” said an expert of ICT sector.

He said updating the geographical mapping is extremely important for the nation, which Awami League government did.
The GPS has been helping the citizens to quickly locate important places like hospitals, commodity markets, recharge points, Nagad/bKash points, and many more, the expert added.
The digital mapping will also help organizations to provide emergency response accurately, especially areas outside Dhaka city.

“a2i, Grameen phone, Bangladesh Scouts, and Preneur Lab have come up with Bangladesh Challenge initiative where the youth of the country show the way from home. We are glad that this challenge has touched everyone,” said State Minister for ICT Zunaid Ahmed Palak.

He said Google Maps has brought a radical change in the concept of mapping, adding, “Using GPS with smart phones has brought the world into our hands.

However, we need to think that technology does not discriminate between us. Especially during a crisis, when there is an urgent need to deliver emergency services at home.”

“One of our strategies there was to involve all private organisations, entrepreneurs and various voluntary organizations with the government.

In this case, we have taken various steps related to technology,” Palak said.

Besides, the Google has already added the Bangla language feature to its Google Maps, the state minister said, adding this time the youth of this country have connected establishments and roads of villages in the widely used mapping service after cities and towns. 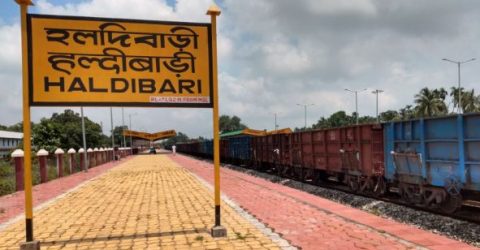