Two people were injured in the landslide. The deceased have been identified as Dil Bahar (42), wife of Shah Alam, resident of G-37 Block, Rohingya Refugee Camp No. 10, Ukhia, and his son Shafiul Alam (9) Siddique (1) and son Abdur Rahman (two and a half years).
The injured were identified as Jane Alam, 7, son of Shah Alam, resident of G-37 block of Rohingya Refugee Camp No. 10 in Ukhia, and Nur Fatema, 10.

However, the identity of the Rohingya child who drowned in the canal at refugee camp No. 18 in Ukhia has not been confirmed yet, said the Additional Refugee Relief and Repatriation Commissioner.

Samchu-Dauja said heavy rains in the Rohingya refugee camp No. 10 in Ukhia at noon caused landslides on two-thirds of the settlements below the hillside. Five people, including three children from two families, died on the spot and two others were injured.

“After receiving the news, the local volunteers including the Armored Police Battalion reached the spot and recovered the bodies of five people buried in the ground. The injured were rescued and admitted to a local clinic, “said the Additional Refugee Relief and Repatriation Commissioner.

Meanwhile, the Additional Refugee Relief and Repatriation Commissioner said that a child drowned while playing in the water of a mountain slope caused by heavy rains at the Rohingya Refugee Camp No. 18 in Ukhia on Tuesday afternoon. 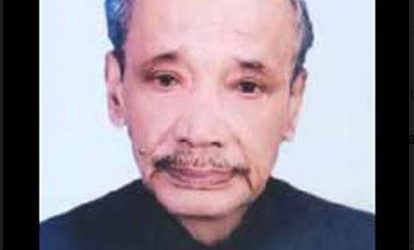