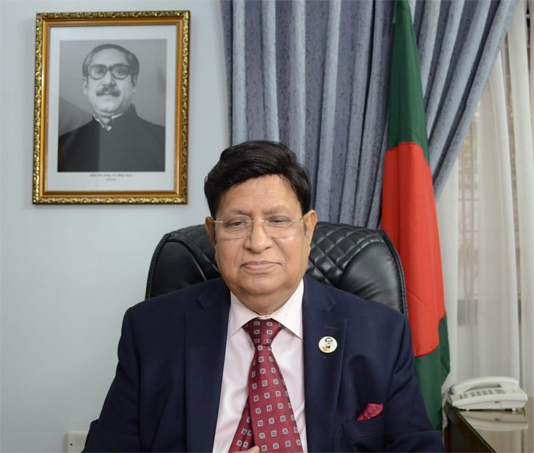 DHAKA,  – Foreign Minister Dr A K Abdul Momen today left here for Uzbekistan to join an international conference to be held in Tashkent on July 15-16.

The conference will consist of an opening ceremony, to be joined by UN Secretary-General António Guterres, a plenary session, three breakout sessions, and a final part.

During the conference, the Bangladesh foreign minister would advocate for expediting regional connectivity as Dhaka has already emerged as the ‘connectivity leader’ in the international arena.

Dr Momen will also hold bilateral meetings with his Russian, Indian and Chinese counterparts on the sideline of the conference.

Apart from bilateral matters, he is likely to highlight the issue of Rohingya repatriation during his meeting with foreign ministers of Russia, India and China.

“I will give a brief to my Russian counterpart about the current situation of the Rohingya crisis as well as the resolution on human rights violation against Rohingya that was adopted in the UN (on Monday),” the foreign minister told media on Tuesday while disclosing about his trip.

Momen said he planned the briefing to his Russian counterpart as recently the Myanmar army chief visited Moscow and talked about the arms deal.

The ongoing 47th session of the UN Human Rights Council in Geneva adopted the resolution on “Human Rights Situation of Rohingya Muslims and other Minorities in Myanmar” unanimously for the first time since the massive influx of Rohingyas from Myanmar into Bangladesh in August 2017.

Terming the adaptation of the UN resolution without a vote as a success of Bangladesh’s diplomacy, the foreign minister said “It’s a success … 193 countries of the world solidly said that human rights were violated in Myanmar against Rohingyas and praised Bangladesh (for providing shelter to the displaced Rohingyas).”

In the resolution, the foreign minister said, every UN member country also agreed that Rohingya repatriation is ‘very important and all will do work to materialize the return of Rohingyas to Myanmar, which is the “number one priority” of Bangladesh.

In the meeting with his Indian counterpart, Dr Momen said, he would also talk about the new UN resolution and the Rohingya repatriation issues as New Delhi is now a member of UN Security Council.

Apart from Rohingya issue, Momen said that he would also discuss other bilateral issues between Bangladesh and India.

About his scheduled meeting with the Chinese foreign minister, Momen said, he would also focus the Rohingya repatriation issue while talking with his Chines counterpart.

During the meeting, he said, the Chinese foreign minister would announce that China allocated one million more Chinese vaccines for Bangladesh as a gift.

Momen is also scheduled to hold meetings with the Uzbekistan President and the aviation minister on the sideline of the conference.

Referring to these meetings, he said that he would discuss various bilateral issues between Bangladesh and Uzbekistan including cotton import and setting direct air connectivity between Dhaka and Tashkent.

The foreign minister is scheduled to return here on Monday. 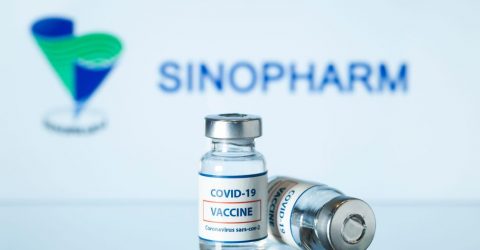