Shafiqul Islam (Shafiq)
The BNP has alleged that the government is deliberately creating obstacles for the treatment of BNP chairperson and former Prime Minister Begum Khaleda Zia. Syed Emran Saleh Prince, the organizing secretary & in charge BNP’s central office, made the allegation at a press conference on Tuesday. He said Begum Khaleda Zia is currently extremely ill. She was asked to be taken abroad when she fell ill last May. Then the law minister himself said that Begum Khaleda Zia’s foreign trip is possible only if the conditions under which she has been released are amended. His remarks were published in various international media including BBC, Voice of America, Al-Jazeera and also in Bangladesh at that time. But now he (Law Minister) is taking about U-turn that it is not possible. This proves that the government is deliberately obstructing the treatment of Begum Khaleda Zia. She is not free yet. Her treatment has been hampered by various conditions.

He also alleged that police were arresting party leaders and activists in different districts including Chittagong, Mymensingh, Kishoreganj and Bagerhat during the lockdown. Prince urged the government to provide adequate food and financial assistance to low-income and jobless people, including public transport workers, hawkers, shop workers, small traders and day laborers, affected by the lockdown. Prince said Deen Islam, a day laborer from North Muktarpur in Munshiganj, who was unemployed in a lockdown on July 4, committed suicide due to hunger. But the ministers and officials of the government are always saying that they are providing adequate relief. Countless people in a country like Deen Islam of Muktarpur are facing such cruel reality today. After Deen Islam’s suicide, a delegation led by local BNP president Mohiuddin Ahmed met Deen Islam’s family yesterday morning. They provided 50,000 TK to the family on the instructions of BNP acting chairman Tarique Rahman.

He added that the Awami League is now a sinking ship. No one wants to get on a sinking ship. You can see how many people are jumping out of the sinking ship to save themselves. Asked about the recent resignations of two leaders of the party, he said they have not been active for the last three years and have no responsibilities. BNP is a deep sea. If one throws one or two buckets of water from here in different places, nothing happens. 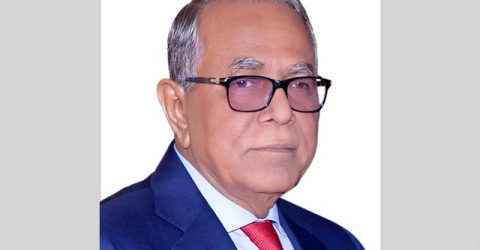