Bangladesh’s economy to do much better in coming days: Kamal 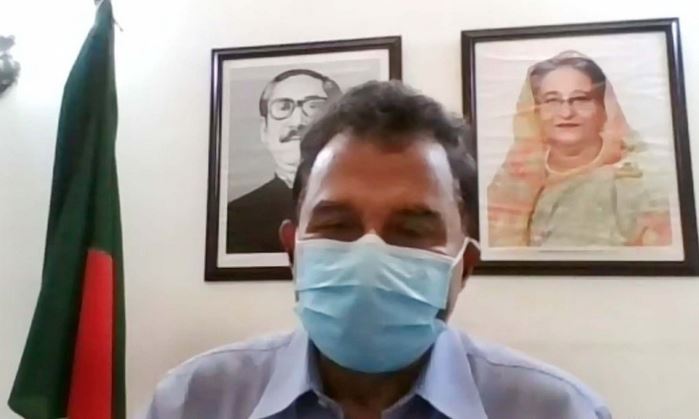 DHAKA,  – Finance Minister AHM Mustafa Kamal today expressed hope that the economy of Bangladesh would do much better in the coming days despite the impacts of COVID-19.

Bangladesh would remain in the top position in Asia in terms of macroeconomic attainments at the end of outgoing fiscal year (FY21).

Kamal said that all the major macroeconomic indicators are witnessing uptrend at the end of the outgoing fiscal year adding although many have voiced concerns over the attainments of Bangladesh. “But, we’ve been able to achieve many things due to the timely decisions from our government headed by Prime Minister Sheikh Hasina,” he said.

Highlighting some of the latest major macroeconomic attainments, he informed that the revenue collection has now witnessed a growth of 17 percent, export earnings witnessed a growth of almost 14 percent, the foreign currency reserves is nearing $46 billion, the inward remittance flow has reached around $25 billion which was $18 billion last year. “These achievements were possible due to the resilient nature of our people,” he added.

Asked about the provision for whitening undisclosed money in the proposed budget for FY22, Kamal said the countrymen would have to wait until June 29 to know further on the issue when the Finance Bill would be passed in Jatiya Sangsad.

Replying to another question about the relatively high Budget deficit of 6.2 percent in the next fiscal year, he said the whole of the world is now pursuing such strategy due to the pandemic.

He said that the government had adopted an expansionary monetary policy in the outgoing fiscal year and thus supplied money to the country’s people in many ways to maintain their lives and livelihood. Kamal said even the United Nations had also urged the concerned countries not to pursue contractionary monetary policy because of the pandemic situation.

When asked about the government’s stance on availing COVID-19 vaccines from India or in default the possible measures for realizing the given money, the Minister said the line Ministry is looking into the matter. He, however, informed that if the supplier ultimately failed to provide vaccines, then they would refund the money.

Replying to another question about the reserve heist of Bangladesh Bank, Kamal denied making any comment. About the progress on installing Electronic Fiscal Device (EFD) machines by the NBR, Kamal admitted that the process has been a bit slow as the pandemic has impacted every sector.

The Finance Minister told another questioner that he is yet to get any formal request from the BGMEA and BKMEA on loan term rescheduling in the wake of the pandemic. “Once I get that, then the matter will be looked into.”

He also said that each Ministry or Division is authorized to make their own Procurements unless those exceed a certain limit. Only then the Procurement proposals come to purchase Committee, he added.

The Finance Minister also hoped that Bangladesh would move ahead under the leadership of Prime Minister Sheikh Hasina and thus would turn as “Sonar Bangla” as dreamt by Father of the Nation Bangabandhu Sheikh Mujibur Rahman. 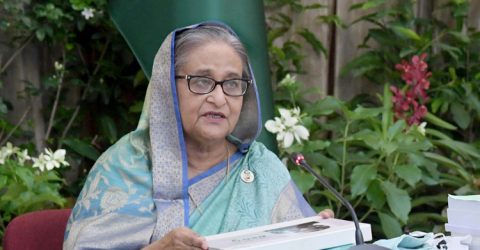 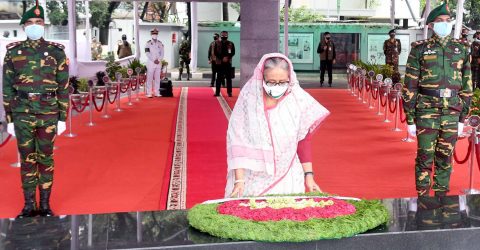