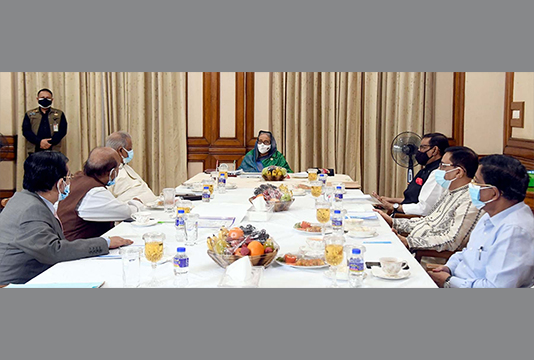 DHAKA,  – Awami League (AL) has nominated its candidates for contesting the by-elections to Dhaka-14, Sylhet-3 and Cumilla-5 constituencies of the Jatiya Sangsad (JS).

The candidates were finalized at a meeting of the Awami League’s parliamentary board at the Prime Minister’s official residence Ganobhaban here today, said a press release signed by the AL office secretary Barrister Biplob Barua.

As per the decision of the meeting, Aga Khan Mintu, president of Shah Ali Thana unit of AL, will contest the by-polls in Dhaka-14 constituency.

The Election Commission (EC) will hold by-elections to these three parliamentary constituencies- Dhaka-14, Cumilla-5 and Sylhet 3 – on July 14.