Who will provide NID card services ?

Meanwhile, Chief Election Commissioner (CEC) KM Nurul Huda has opposed the decision to shift NID’s service activities to the Home Ministry. Recently he said that “the authority of providing NID services are being shifted to the security services department. We have received a letter in this regard. However, the letter can’t be transferred immediately. This is a complex task. The EC Secretary will give a report in this regard to the Cabinet Secretary. He said that they think that NID activities should remain with the EC. This is because the EC has made it on the basis of compiling the voter list. The concern or suggestion of the government is that the EC does not issue NID cards in any country. That’s true but other country does not have an election commission. However, it is not necessary to compare the situation of Bangladesh with other countries. If the EC has it, there is no problem.”

On Wednesday, Election Commissioner Mahbub Talukder cried over the transfer of NID activities. He said, “the directive issued by the cabinet division to transfer NID sub-division with manpower to the Home Ministry was the latest nail in the coffin for the election comission.

The instruction to transfer of NID services from the EC is a renaming of the commission’s limbs. Implementing it means organizing the final journey of overall electoral management.

Secretary of Home Ministry Security Services Mokabbir Hossain said that, it has been decided to take the services of NID card under the protection department. However, in order to do that, some laws need to be amended if the cabinet department does that, we will start working.

The EC is now conducting national identity registration activities. This month, the work could be transferred to the Home Ministry’s security services department, the PM’s office said in a letter to the cabinet.

If the directive of the Prime Minister’s Office is implemented, the Home Ministry will issue National Identity Card (NID) instead of the EC.
Since 2007, the EC has been issuing national identity cards to citizens as part of the work of preparing voter lists with photographs. They now conduct all activities of national identity registration. The EC has been given this power under the National Identity Registration Act.

According to sources, a letter from the PM’s Office on May 17 said that the National Identity Registration Act should be included in the responsibilities of the Executive Services Department.

The National Identity Card Act 2010 can be amended to include the word ‘government’ instead of ‘Election Commission’. In addition, arrangements can be made to transfer the existing infrastructure and manpower from the EC to the Department of Security Services for conducting national identity registration activities under the Ministry of Home Affairs. 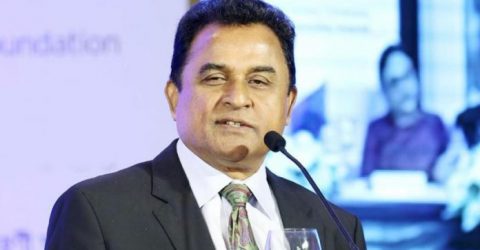