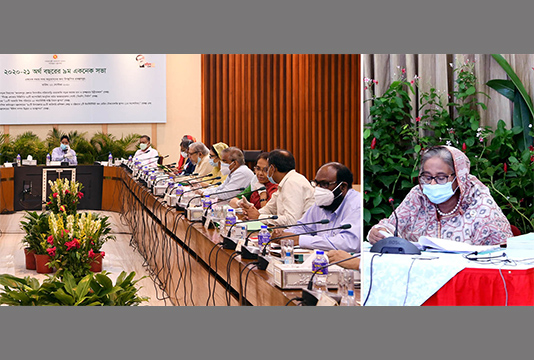 DHAKA,  – The Executive Committee of the National Economic Council (ECNEC) today approved a Taka 3,076.22 crore project to enhance the capacity and ensure modernization of distribution network of Bangladesh Rural Electrification Board (BREB), which is expected to benefit and ensure uninterrupted power supply to some 34.30 lakh consumers in Khulna Division.

The approval came from the 24th meeting of the ECNEC in the current fiscal year (FY21) held with its Chairperson and Prime Minister Sheikh Hasina in the chair. The Premier chaired the meeting virtually from her official Ganabhaban residence.

Ministers, state ministers and others concerned attended the meeting from the NEC Conference Room in the city’s Sher-e-Bangla Nagar area.

Briefing reporters after the meeting, Planning Minister MA Mannan said that the ECNEC approved a total of ten projects today with an overall estimated cost of Taka 11,901.33 crore. “Of the total project cost, Taka 8,991.44 crore will come from the government of Bangladesh, Taka 809.98 crore form the respective organization’s own fund while the rest Taka 2,099.91 crore as loan from foreign sources,” he added.

Of the approved ten projects, nine are new while one is revised project.

The planning minister said the BREB under the Power Division will implement the project titled “Modernization of power distribution system and capacity enhancement of BREB (Khulna Division)” by June 2025.

He said the main objectives of the project are enhancing the network capacity of BREB and its upgradation, meeting the growing demand of power, ensuring an uninterrupted, reliable, cost efficient power distribution system and thus reducing the system loss in power distribution.

He said the project will also help improve household incomes by reducing expenses on kerosene for cooking as well as lighting and providing opportunities for energy-based economic activities.

MA Mannan mentioned that the demand of power is increasing all over the country including in Khulna Division, so there is a need for enhancing the capacity of distribution network.

“Under the circumstances, the project has been framed and it will cover almost the entire Khulna Division,” he said adding that standard power distribution network would be developed under the project.

The other projects approved in the meeting are Establishment of telecommunication network for Economic Zones, 1st phase, with Taka 95.12 crore; Construction of Panguchi Bridge over River Panguchi on Signboard-Morolganj-Rayenda-Shoronkhola-Bogi road with Taka 912.33 crore; Construction of Sheikh Russell mini stadiums at Upazila Level, 2nd phase, with Taka 1,649.32 crore; Construction of multi-storey building of the Department of Public Libraries with Taka 524.25 crore; Establishment of Super Specialised Hospital under BSMMU, 1st revised with Taka 1,561.18 crore; Road development, construction of bridges and culverts from Karigarpara to Bilaichori under Rangamati district with Taka 338.54 crore; Development of important rural infrastructures of Cumilla, Brahmanbaria and Chandpur districts with Taka 2,500 crore; Flood control, drainage and irrigation project at Patia upazila in Chattogram district with Taka 1,158.36 crore and Rehabilitation and expansion of command areas of Teesta Irrigation project with Taka 1,452.33 crore. 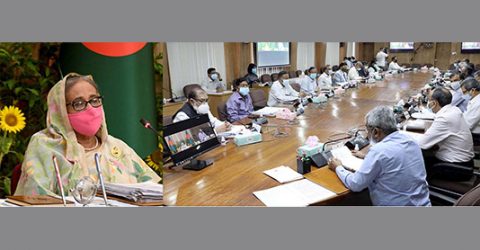 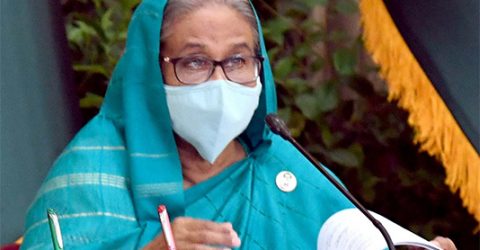