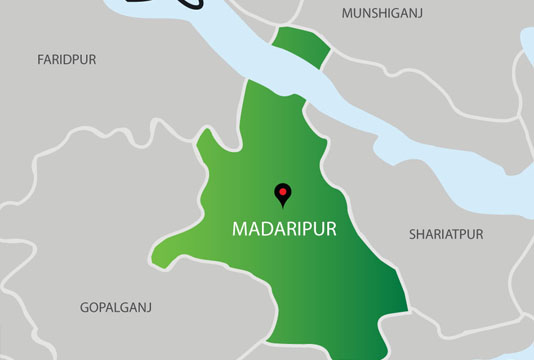 DHAKA,  – The death toll from a speedboat and a sand-laden bulkhead cargo clash rose to 26 including three children and a woman as the mishap held on the BanglaBazar-Shimulia route in the Padma river near Kathalbari Ghat under Shibchar upazila of Madaripur district this morning.

Being informed, Shibchar Fire Service and Civil Defense and River Police rushed to the spot and carried out the rescue operation.

“A speedboat carrying passengers on board heading towards Banglabazar from Shimulia Ghat and after reaching near to Kathalbari Old Ferry Ghat it was overturned when hit by a bulkhead cargo around 7:30am,”said Syamal Biswas, in-charge of Shibchar Fire Service and Civil Defence.

A total of 26 bodies have so far been recovered from the river and five others found alive during the rescue operation, he said, adding:”The identities of the deceased could not be known immediately.”

The bodies were kept at the Old Ferry Ghat and the injured were sent to local hospital, Syamal Biswas said.

Meanwhile, the rescue operation is underway and more skilled divers of Barishal Fire Services are on the way to join the rescue drive.

But, the actual number of passengers who were on board of the speedboat could not be known immediately, the in-charge added. 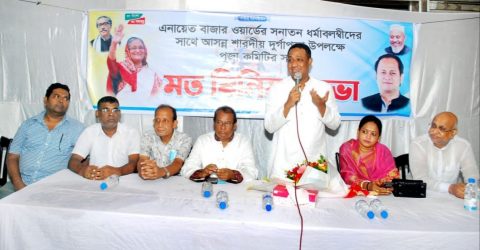 There is no room for communal groups in Bangladesh: Helal Akbar Chowdhury 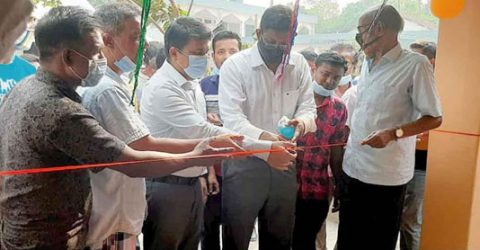 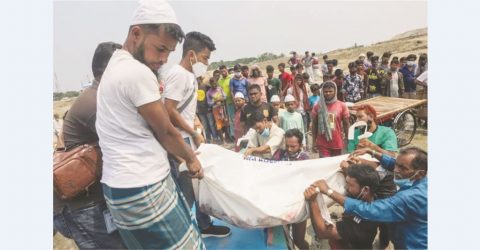