Govt will do whatever necessary to make agri sector more dynamic: Kamal 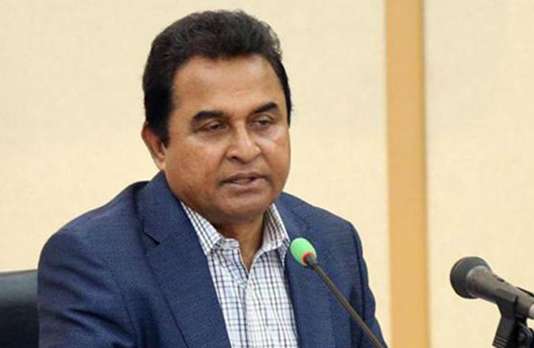 DHAKA,  – Terming agriculture sector as the ‘lifeline’ of the country, Finance Minister AHM Mustafa Kamal today said that the agriculture sector would definitely get priority in the next budget while the government would do whatever necessary to make this sector more dynamic.

“I think that our agriculture sector is doing well and the government will do whatever necessary to make it more dynamic, Insha Allah,” he said.

The finance minister was briefing reporters virtually today after holding a pre-budget meeting for the next fiscal year (FY22) with the noted media personalities of the country.

Kamal said the agriculture sector is the ‘lifeline’ of the country’s economy and the government would extend all necessary support to use modern technology in all kinds of agricultural production.

Responding to the participants’ suggestions to reduce corporate tax rate and also to stop alleged misuse of funds in government’s expenditure, the finance minister said the government would try to incorporate those recommendations which are acceptable and thus reflect those in the budget.

Asked about the reasons behind the high trend of rice price, he said good production of food grains depend to a big extent on nature while the country remains self sufficient in food subject to normalcy in nature.

“But, if there is any natural disaster, in that case we can’t maintain. If we can deliver our skills and capacity in full scale, then we become successful,” Kamal said adding that Boro crop was damaged last year for which the government has been delivering an incentive package to the affected farmers.

He said countries like India and Thailand are also experiencing shortfall in food grains more or less as the COVID-19 pandemic has created strong havoc across the world.

The finance minister said due to the pandemic situation, the lives and livelihood of people as well as the agricultural activities were hampered for which there was a declining trend in the supply side.

About the budget recommendations from the media personalities, Kamal said noted media personality Shykh Seraj suggested for increasing subsidy in the agriculture sector, increasing the depth of the poultry sector through extending necessary support.

Nayemul also recommended the government to make the University of Dhaka, regarded as ‘Oxford of the East’, of more international standard through undertaking necessary measures and enriching its research activities.

Besides, the participants also recommended the government to complete the development works on time and also to stop misuse of funds in government expenditure.

The finance minister said the participants in the meeting also suggested the ministry of finance to become strict in this regard.

PM to address nation this evening on Bangla New Year