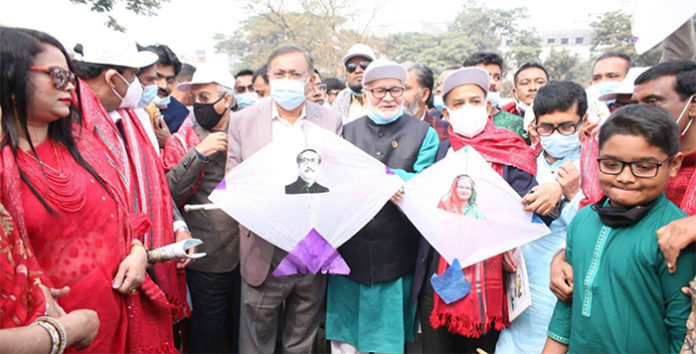 DHAKA, – Putting emphasis on practicing the native culture, Information Minister Dr Hasan Mahmud today said it is most important to hold on and nurture the culture of Bangla to protect the country’s heritage in the era of satellite culture.

“We should uphold our own culture to protect the country’s heritage,” he said, inaugurating a kite festival at Dhupkhola ground in city’s Gendaria area, organized by Dhaka Sangbadik Forum (DSF).

Terming the kite festival as an indigenous culture, Hasan said many cultures are now vulnerable to the satellite culture. “Earlier, the country’s songs were sung in social functions like marriage ceremony. And people attended those functions wearing native attires. But it has now changed. It is really very painful. We should uphold our own culture.”

The minister gave thanks to the Dhaka Sangbadik Forum for organising the festival and said kite festival is part of the culture of whole Bangladesh, including Dhaka’s old part.

“We, almost all, flew kites in the childhood. But, now, our youths cannot do that due to lack of open space. The people who didn’t fly kites don’t have the feelings,” said Hasan, also Awami League joint general secretary.

The minister said Bangladesh’s position is third among the 22 countries which achieved positive GDP growth during the COVID19 situation. And the position of the country (Bangladesh) is in top in the Asia, he added.

He said it is possible as the people of the country are able to combat crisis and there is the dynamic and bold leadership of Prime Minister Sheikh Hasina.

The minister inaugurated the festival by flying a kite in the sky.

Later, the minister joined a meeting of Bangladesh Journalist Welfare Trust at the meeting room of his ministry at Secretariat. 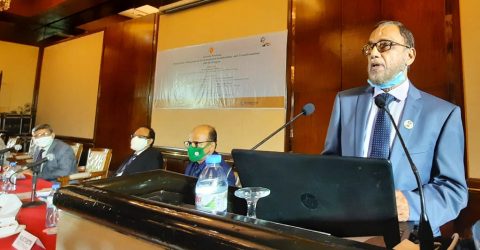 The government is taking largest project ever for better environment : Environment Minister 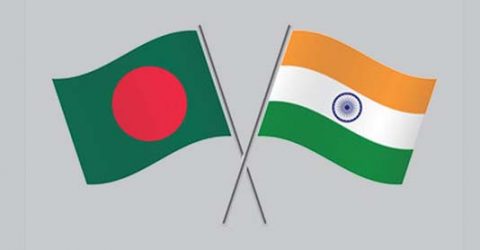