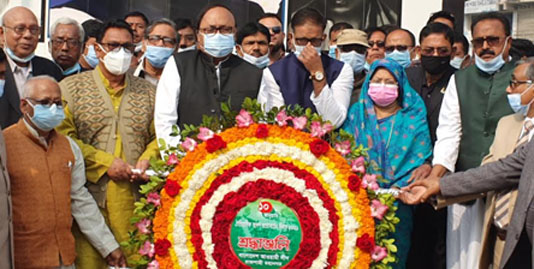 Marking the day, the leaders and workers of the party hoisted national and party flags atop party offices and garlanded the portraits of Bangabandhu Sheikh Mujibur Rahman and four other national leaders this morning.

They brought out a procession that paraded through different city streets and ended on the party office’s premises at Kumarpara.

A discussion was also held highlighting the life and works of Bangabandhu Sheikh Mujibur Rahman.

Similarly, the district unit of the party and city unit of Bangabandhu Parishad also observed the day through separate programmes.

Rajshahi Medical University observed the day at its temporary campus in the city. Vice-chancellor of the university Prof Masum Habib was present on the occasion.

Rajshahi College unit of Bangladesh Chhatra League also brought out a procession in the city, marking the historic day.

The Homecoming Day was also observed at Rajshahi University (RU) through various programmes.

Floral wreaths were placed on the central Shaheed Minar on the day. RU vice-chancellor Prof Abdus Sobhan and its Pro-VCs Prof Ananda Kumar Shaha and Prof Chowdhury Jakaria were, among others, present on the occasion.

To mark the historic day, RU authority launched the ‘Office of the International Affairs” at its administration building aimed at infusing dynamism into the external affairs activities. 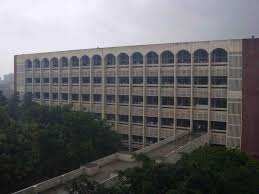 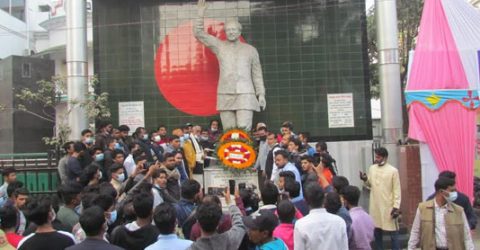