Sheikh Hasina and her vision of Sonar Bangla 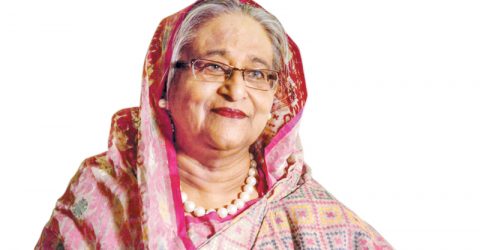 Dr. H. B. M. Iqbal
Bangladesh, once considered a basket case, is now a role model for developing countriesacross the world thanks to theable leadership of Prime Minister Sheikh Hasina. Sheikh Hasina, the daughter of Bangabandhu Sheikh Mujibur Rahman, is now consideredone of the most popular and successful leaders in world politics. Her landslide victory in the 2009 national election set the tone for Bangladesh’s pace of development. Since then she has been resolute in formulating and executing her vision to build a modern and developed country, a vision dreamt by Bangabandhu himself. Her relentless attitude and diligent hard work resulted inan economic boom that gained the attention of the entire world. From attaining millennium development goals before its target tenure to settling international maritime boundaries by peaceful means, Bangladesh has been holding steady in its commitment to sustainable development. Today the country is filled withmodern infrastructures. TheBangabandhu Satellite launchedin space has taken the pride of Bangladesh to new heights. Due tothe achievement of such feats Prime Minister Sheikh Hasina has been recognized as a ‘role model’ leading the development of Bangladesh. 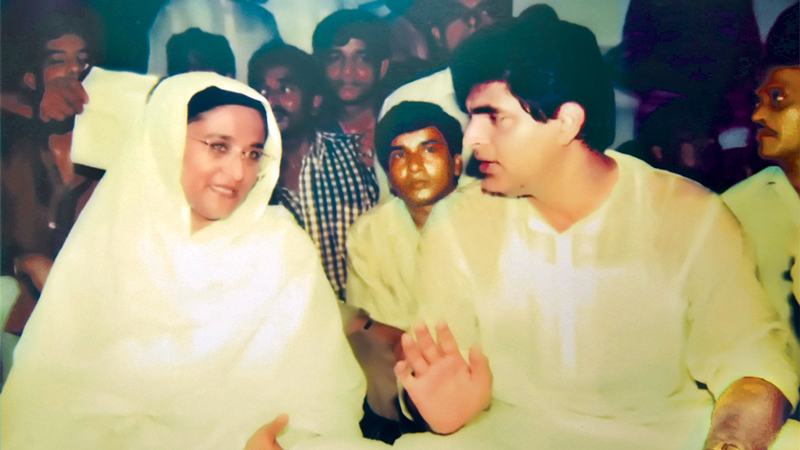 Prime Minister Sheikh Hasina is seen in a private conversation with the then MP Dr. H.B. M Iqbal. File Photo

Like Lee Kuan Yew who transformed Singapore in a single generation into a developed nation, Sheikh Hasina has been working day and night to bring the country on to the path towards becoming a developed country by tapping the immense potential of Bangladesh. Her image as an idol of peacemaker for regional stability as well as humanity has been established. Sheikh Hasina’s life is an exception unlike other political leaders. On 15 August 1975, her entire family was massacred in a political coup. Only Sheikh Hasina and her younger daughter survived as they were out of the country. She spent the next six years roaming from place to place. However, she couldn’t deny the people’s love for her ideology. She returned to the country in 1981 at the behest of the people and in response to the desperate call of Bangabandhu’s followers. Then in an emotional appeal, Sheikh Hasina assured the people of the country that like her father she too will stay by the side of her people and is ready to sacrifice her life if necessary. Soon Sheikh Hasina took the oath of office as the President of the Awami League party. By shouldering the heavy responsibility of bringing back the liberal progressive political atmosphere and freeing the country and the nation from stigma, she assured the party’s future. Just like her father, she chose the path less traveled and risked the lives of her husband and children for the country. The day of her return marked a great day of rejoice for Bangladesh as she become the voice for the oppressed people all over the world. Due to their indomitable spirit and fearless leadership, Bangladesh Awami League regained the status of the largest political party in the country. The intensity of the Awami League’s anti-authoritarian movement forced the Ershad government to hand over power and thus Awami League became a party of hope and aspirationfor the mass peopleof the country. In 1990, she played a pivotal role in bringing back the parliamentary system of government.which is considered a milestone for the democratic system of the country. In 1996, Sheikh Hasina’s political foresight came true,under her leadership the Awami League and the 15-party grand alliance government were formed and she became the Prime Minister of Bangladesh. Her government took firm steps to establish the rule of law in the country. The trial of Bangabandhu’s assassination began. Sheikh Hasina created a shining example for the nation to step out of the era of injustice.
The undisputed leader of the people of this country, Sheikh Hasina has had to face death time and again. During the dictatorial regime, the party leaders and workers were tortured and bombed and grenades were hurled to kill Sheikh Hasina. She has survived every time by the grace of the God Almighty.
The Awami League hasbeen in power three times in a row since 2008, 2014 and 2019 elections. In these 12 and a half years of three consecutive terms of the government led by Sheikh Hasina, Bangladesh has witnessed unimaginable development. In particular, the country’s infrastructural development has been beyond imagination. 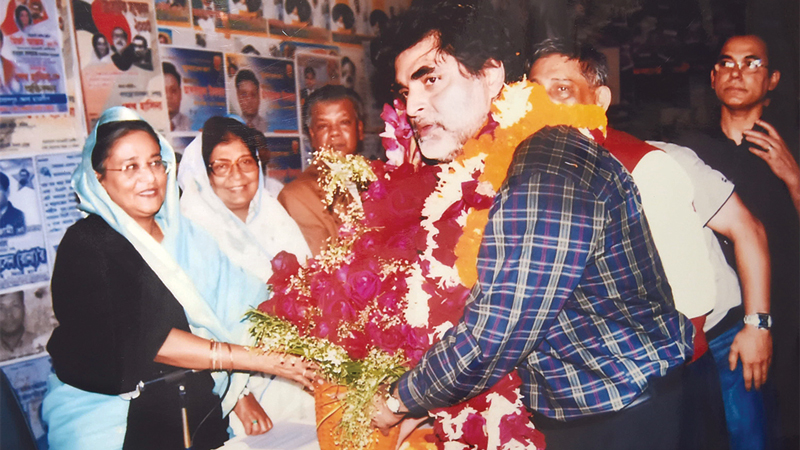 After getting bail from a false case filed by BNP-Jamaat government, former Member of Parliament and the then vice-president of the Dhaka Metropolitan Awami League Dr. H.B.M Iqbal met party president Sheikh Hasina and other leaders. File Photo

Leader of the people, Sheikh Hasina had formulated a master plan from the very beginning for the formation of the fourth phase government with the aim of establishing a modern and technology based digital Bangladesh. However, while within the four walls of the detention during the One-Eleven crisis, she formulated the plan to establish Bangabandhu’s golden Bengal. As a result of the timely steps and initiatives taken by the government led by Sheikh Hasina, the infant mortality rate in the country has gone down drastically. In recognition of this, Prime Minister Sheikh Hasina has received the United Nations Millennium Development Goals Award. Under her able leadership the Bangladesh labor market has grown tremendously. She has been very adamant about establishing and implementing the rule of law, and has made it publicly clear that criminals are criminals, they will not get exemption in the name of any party.

She has set up a ‘tannery town’ in Savar outside Dhaka with the aim of decontaminating Dhaka. She is also working hard to establish the garment industry outside Dhaka. Prime Minister Sheikh Hasina has declared war against drug addiction to save the youth from spoiling their lives. She is re-excavating river canals to improve its navigability as well as fighting against corruption in Bangladesh. 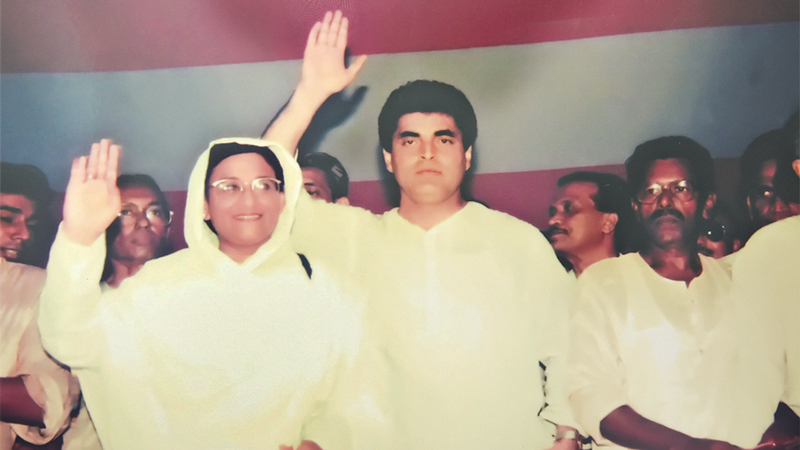 Sheikh Hasina has always been uncompromising when it comes to the best interest of the country. Rejecting the support of foreign donors, she motivated the countrymen to contribute to build the Padma Bridge with our own money. The bridge will vastly help bolsterthe economy of Bangladesh.
Sheikh Hasina is a type of visionary leader who does not take rest until the work is done. She has been successfully able to carry out the public demand of taking war criminals to trial for the assassination of Bangabandhu.

Sheikh Hasina has received the status of a brave world leader. She is successful in eradicating militancy from the country. She has preached the message of peace instead of conflict and violence all over the world.

Bangladesh today is a role model of a development country for the world. Under her strong leadership, the per capita income of the people of Bangladesh is now more than USD 2,000. Rapid development is being observed in all sectors and indicators including health, education, food, electricity, communication. Bangladesh is far ahead of many South Asian countries in the economic index. The national growth rate is above eight percent. Poverty reduction, socio-economic development, control of terrorism, expansion of regional cooperation are the reasons why Bangladesh has been able to create a special position in the world sphere. Bangladesh is well on its way in the development highway with the materialization of the Padma Bridge, Karnafuli Tunnel, Rooppur Nuclear Power Plant, Bangabandhu Satellite, Metro Rail and many other infrastructures are being implemented today and this is made possible due to the initiatives undertaken by the Prime Minister Sheikh Hasina.

By providing a shelter to the persecuting Rohingya refugees, she has earned a reputation as the mother of humanity. Covid-19 has put a stress on the healthcare system of the country, yet Bangladesh is faring better than many developed nations. This is only possible as our Prime Minister has been playing an effective and efficient role from the very beginning.

The celebrated leader observed her birthday on September 28. Born in 1947, Sheikh Hasina is not only a senior citizen, but also a wise and experienced person in politics, especially in the politics of power. She has taken Bangladesh to another height as a four-time Prime Minister. Poverty has been reduced significantly in the country, education rate has increased, the country has become self-sufficient in food, per capita income has increased, massive employment opportunities have been created and these opportunities are being further expanded by establishing ‘economic zones’ in all the districts. In summary, Sheikh Hasina is a magician who is working tirelessly for the establishment of Bangabandhu Sheikh Mujibur Rahman’s Sonar Bangla.

[The author is a Freedom Fighter, former Member of Parliament, and the founder Chairman of a private commercial bank and Premier Group.] 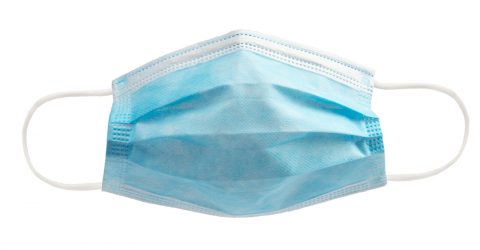 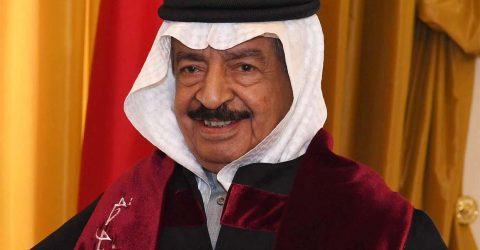 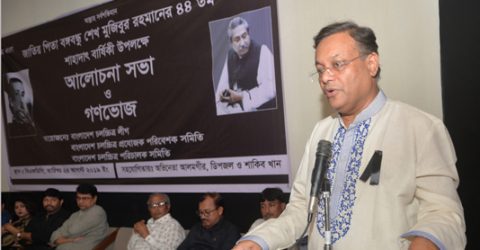 Patrons of militants must be ousted from politics: Hasan 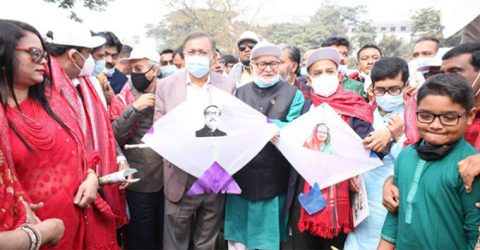 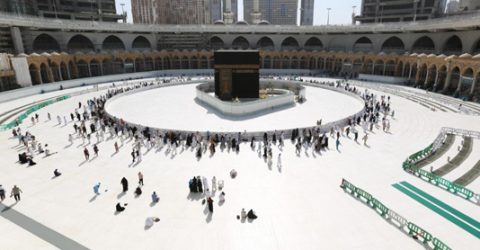