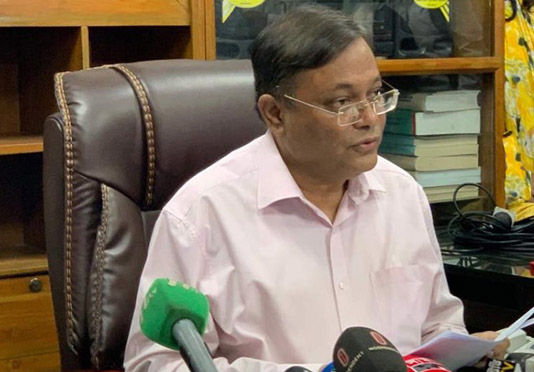 DHAKA,  – Information Minister Dr Hasan Mahmud today said when all are worried about Covid-19, BNP is involved in the game of burning buses and people. He made the remark while exchanging views with journalists at the conference room of Press Information Department (PID) here.

“Bangladesh is not an exception. Yet, it is one of the few countries in the world to have a positive GDP growth rate under the dynamic leadership of Prime Minister Sheikh Hasina,” he said.

He said the death toll from Covid-19 is lower in Bangladesh than that in Europe and the United States, and even lower than the deaths in India and Pakistan.

Despite that, the information minister said, the country’s people have been struggling to deal with coronavirus crisis and they are worried about it.

In the circumstances, he said, BNP men were involved in its old game of torching busses and burning people. Hasan said when the government and people of all walks of life stood by the affected people, the BNP did not stay beside them.

But, he said, BNP started setting fire to the passenger buses, which is very reprehensible.

The AL joint general secretary said BNP men burnt the busses but the party announced various programmes against it, which is very ridiculous.

Analyzing video footages, a number of people were arrested and most of them are BNP men, he said.

“You have also seen through social media the conversation between their (BNP) leaders Farida Begum and Nitai Roy Chowdhury revealing that the boys of Juba Dal have set fire to busses,” he said.

Noting that a Canadian court announced BNP as a terrorist party and its Appellate Division also upheld the verdict, Hasan said the court also gave an explanation to this end.

The court made the explanation as BNP burnt people alive and torched public property, he added. “The big question now is whether any terrorist party has the right to do politics in this country,” the information minister said.

BNP is also turning into a party of liars, he said, adding that BNP secretary general Mirza Fakhrul Islam is continuously falsifying.

Hasan asked Fakhrul to come out of ill politics, falsifying. About the recent by-elections to Dhaka-18 and Sirajganj-1, he said despite low voter turnout, the polls were free and fair. Hasan said BNP takes part in elections to make those questionable and always raises conventional allegations about elections.

300 more ventilators to be procured to face COVID-19 pandemic: Maleque 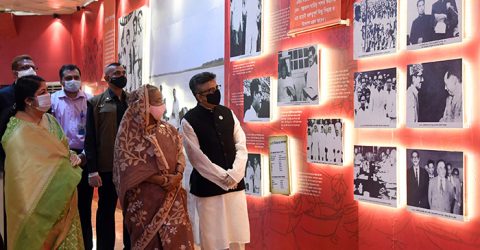