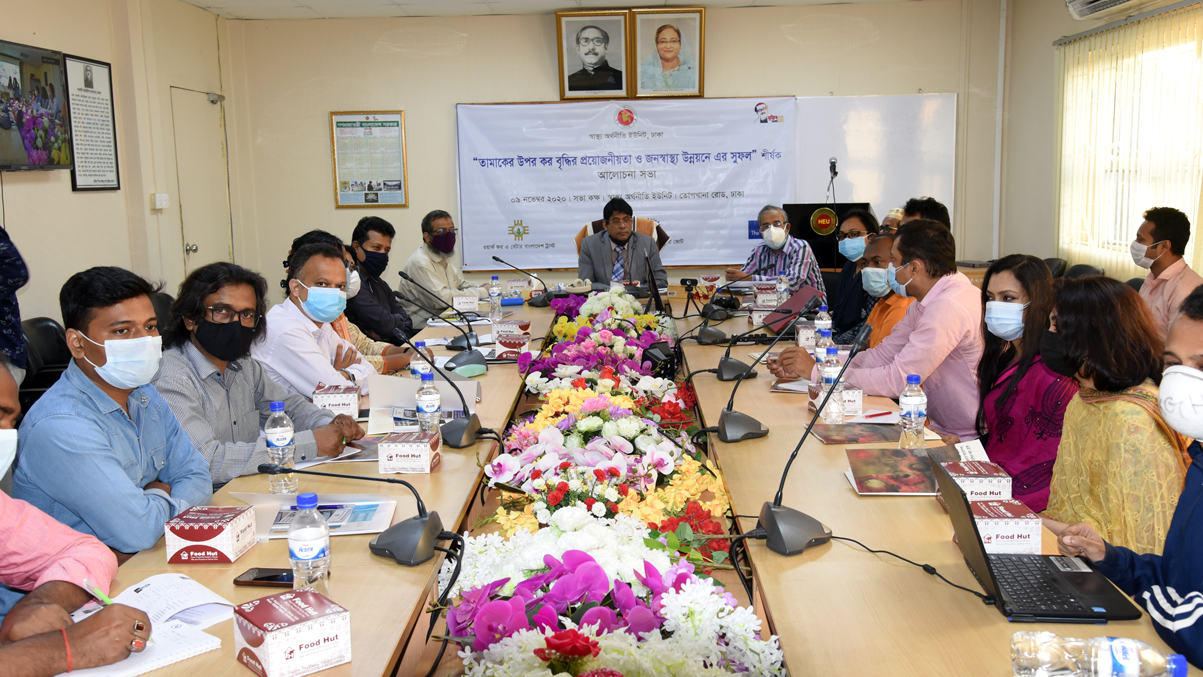 On Monday, a discussion meeting titled ‘Importance of Tax Rise on Tobacco and Its Benefits in Improving Public Health’ was organized by the joint initiative of Health Economics Unit, Bangladesh Anti-Tobacco Alliance (BATA) and Work for a Better Bangladesh (WBB) Trust in the conference room of Health Economics Unit. Speakers at the meeting expressed their views that the weak tobacco tax structure is benefiting the tobacco company in general.

Dr. Rumana Haque, in her main article, said that raising taxes on tobacco and taking it beyond the purchasing power of consumers is one of the main and recognized means of tobacco control. South Africa, the Philippines, and Singapore have achieved the expected results in tobacco control by raising taxes on tobacco. In Bangladesh, 35% of people over the age of 15 use tobacco products. Mortality is increasing due to the use of tobacco products in the coronavirus epidemic situation. According to the WHO, a smoker is 14 times more likely to be infected with coronavirus than a non-smoker. The current tax structure on tobacco is very weak which is benefiting the tobacco traders and the government is not getting the tax as expected. By imposing a specific tax on tobacco, the government will be able to collect an additional tax of Tk 4-10 thousand crores every year in addition to the current tax collected.

Dr. Md. Shahadat Hossain Mahmud (DG, HEU) said that 6 million people die due to tobacco in the world which is more than the number of deaths due to global corona epidemic. Tobacco cannot be a profitable product for anyone. Hon’ble Prime Minister Sheikh Hasina has promised to build a tobacco free country by 2040 and implementation of this commitment should be our moral responsibility. In order to protect public health, the tobacco tax must be increased several times now and it is necessary to start a united war against tobacco to control it.
Dr. Nasiruddin Ahmed (Former chairman, NBR) said, government agencies must strictly abide by FCTC Article 5.3 in tobacco control. This is because tobacco companies create obstacles in all areas, including tobacco control, tax increases, and the implementation of tobacco laws. He added that the revenue department needs to increase its capacity to collect tobacco tax.

Ad. Syed Mahbubul Alam (TA, The Union) said that, tobacco use is one of the leading causes of cancer among the people of our country. Despite being such an unhealthy product, tobacco companies are taking lots of advantages from the government in various ways. In our country, the cost of treatment of tobacco related diseases is much higher than the tax collected from the tobacco sector. We have to increase the tobacco tax considering these issues.

Sushanta Sinha (Tobacco control researcher) said, as a result of weak tax structure, the profits of tobacco traders in the country are increasing. In the last 10 years, British American tobacco has doubled their production level, but its profits have increased fivefold. The government’s revenue did not increase in that proportion. If the right tax policy is implemented, the revenue of the Govt. will increases.

Gaous Pearee (Chairman, WBB Trust) said, there was no alternative to raising taxes on tobacco control. If the specific tax on tobacco is increased, the number of tobacco users will decrease but the amount of revenue collected by the government will increase. It is not possible to create an effective tobacco tax structure due to the interference of tobacco companies in the policy making phase of the country. As a result of the current tax structure, the government does not get the desired revenue but the interests of the company are being protected.
Representatives of TCRC, BER and Bangladesh Anti-Tobacco Alliance participated in the discussion. 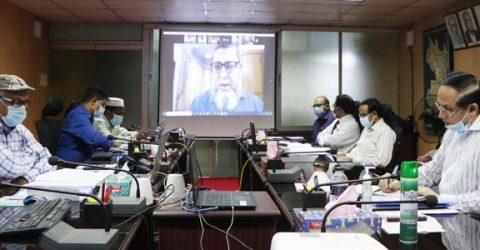 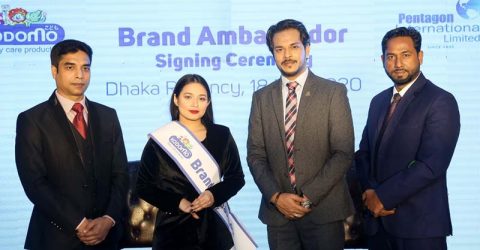