DHAKA, – Road Transport and Bridges Minister Obaidul Quader today said about 450 kilometres of highways were upgraded to four-lane across the country in the last 12 years.

“In the last 12 years, around 450 km highways were upgraded to four-lane across the country and works continue to upgrade another 450 km to four-lane,” he said.

Quader, also the Awami League general secretary, revealed this information while speaking at a discussion on the 8th Five-Year Plan through videoconferencing from his official residence here.

He said not only the Road Transport and Bridges Ministry is involved in the implementation of safe roads, but also various ministries and agencies are involved in this process.

The issue of coordination among all stakeholders in ensuring safe roads should clearly be brought into the planning documents, said the road transport and bridges minister. 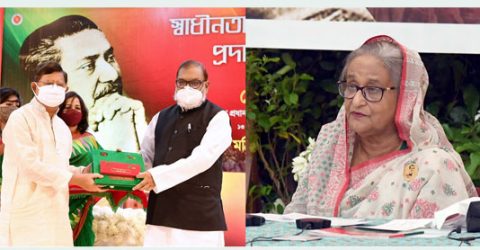