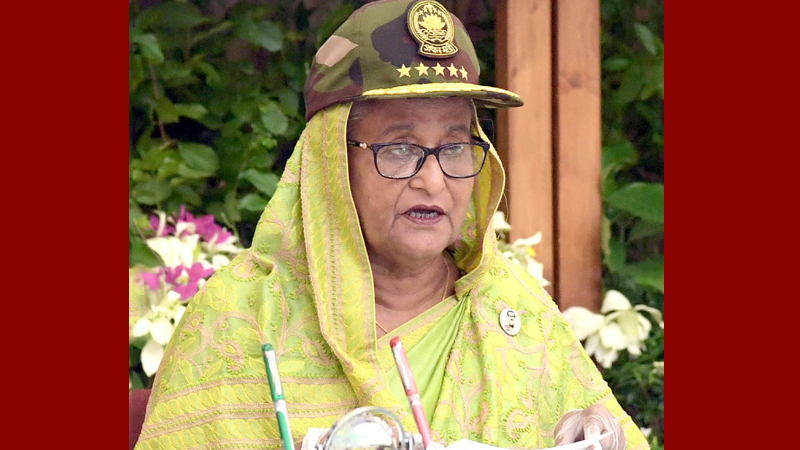 DHAKA,  – Prime Minister Sheikh Hasina today asked the army to gain greater strength to defend Bangladesh in case of any internal or external attack on the country though the nation doesn’t want war against any country.

“We have to achieve more strength as we can remain prepared to face any attack on the country,” she said while virtually raising flags of the eight units and organizations of the Bangladesh Army from her official Ganabhaban residence here.

The premier said that they want peace and friendship rather not enmity and war, referring to the foreign policy adopted by the Father of the Nation, “Friendship to all malice to none” in this regard.

“We want to forward towards prosperity following the path of peace. We want to make Bangladesh a developed country both in economically and socially maintaining friendship to all,” she continued.

The prime minister directed members of Bangladesh Army to keep a constant vigil to face any “internal and external threats” for safeguarding the country’s constitution and sovereignty.

Calling Bangladesh Army as an “asset” of the country and a “symbol” of the confidence and the trust of the people, the premier also asked its members to be more “professionally-efficient” and “welfare-minded” with social and religious values.

“Bangladesh Army is our asset and a symbol of confidence and trust of the people…so, you will have to be more competent, efficient, honest and welfare-minded being imbued with social and religious values to achieve desired standard of professionalism,” she said.

A smartly turned out contingent of Bangladesh Army gave salute to the Prime Minister through a spectacular parade.

The prime minister called upon the army personnel to perform their professional duties with keeping confidence in higher leadership, mutual trust, brotherhood, dutifulness, responsibility and above all maintaining discipline.

Besides defending the country’s independence and sovereignty, she said, the army has engaged themselves in the nation-building programmes.

Praising the role of the Armed Forces in maintaining world peace, Sheikh Hasina said they are contributing significantly to peacekeeping in different countries under the UN mission.

The premier said the Bangladesh Army will go ahead one step forward towards prosperity through raising the flags of three brigade headquarters and five units.

In this connection, she said, “Our governments have added modern vehicles, helicopters, war weapons and equipment to the army. And in such a way, we will make Bangladesh Army as a strong force before the world.”

The prime minister however expressed her firm commitment to extending all sorts of cooperation needed for building a modern army, saying that she was always sincere to make development of the army as the head of the government.

She simultaneously said they have adopted the “Forces Goal-2030” in accordance with the “Defence Policy” taken by the Father of the Nation in 1974 to build a time-befitting, well-equipped, modern technology and knowledge-based army to keep pace with any force of the world as the Bangladesh Army has been working with other global modern forces in the UN (United Nation) peace keeping missions.

The prime minister said that Bangladesh Military Academy has achieved international acclamation, adding that Father of the Nation Bangabandhu Sheikh Mujibur Rahman had established the academy as part of the move to build a strong armed force so that it could protect the country’s independence and sovereignty.

Whenever the Awami League assumes office, it plays major role in development of the armed forces, she added.

She said that the Bangladesh Army has also been working at the Bangabandhu Bridge on the river Jamuna.

Sheikh Hasina said her government has already established science and technology universities in Cumilla, Bagura and Syedpur cantonments and one business administration at Savar and Sylhet cantonments each.

Alongside developing CMHs, the government has established five army medical colleges and three nursing colleges while work on establishing two more CMHs (Combined Military Hospitals) with necessary facilities is going on at Ramu and Sylhet, she added.

The premier however thanked the armed forces personnel as they have worked hard to ease the sufferings of the people in the wake of the Covid-19 outbreak, urging all to stay protected from the possible second wave of the lethal virus.

Sheikh Hasina said her government has taken timely initiatives like 21 stimulus packages involving Taka 1, 12 633 crore which is 4.03 percent of the GDP to offset the Covid-19 blow on the economy and the livelihoods.

The prime minister said the government has adopted a 20-year long perspective plan and the Delta Plan-2100 mainly to ensure a beautiful life for the current and future generation that was envisioned by the Father of the Nation. 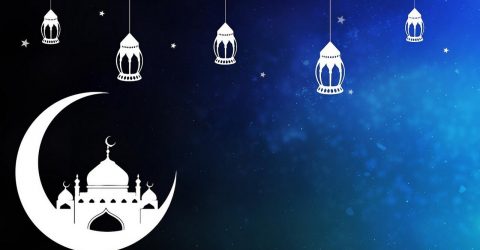