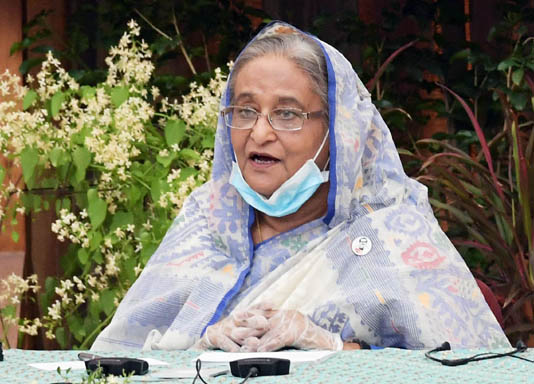 “We would have to take elaborate measures to stop the incidents of rape as nowadays it is being occurred hugely. The most important thing is to create awareness among the people to curb it,” she said.

The Prime Minister simultaneously asked the fresh civil administration officers to work towards meeting the aspirations of the people and thus
driving Bangladesh towards prosperity so that its people can move around the world keeping their heads high.

She said this while addressing the concluding ceremony of the 70th Foundation Training Course for fresh admin cadre service officers being connected from her official Ganabhaban residence here this morning.

Officials and the participants got connected from Bangladesh Public Administration Training Centre (BPATC) at Savar and the offices of seven
divisional commissioners.

The premier said her government has already promulgated an ordinance by making necessary amendments to the existing law to stop the heinous acts describing rape as one of the disease of the society.

She however, said her government has been working for ensuring justice for all aimed at eliminating the culture of impunity that was established since the assassination of Father of the Nation along with most of his family members on August 15, 1975.

Secretary of the Ministry of Public Administration Shaikh Yusuf Harun gave the welcome address at the function. On behalf of the Prime Minister BPATC Rector Md Rakib Hossain handed over the awards and certificates among the 663 participants, including 161 female officers, for successfully completing their training.

Two of the admin officers, Mehedy Hasan Kawser and Munia Sirat, spoke on the occasion on behalf officers, who completed their six months training
course.

Describing the people, particularly from the grassroots, as the owner of the country, the Prime Minister called upon the fresh officers to work for serving the people being imbued with the spirit of the Liberation War.

She added: “The fresh officers who have completed the training would have to bear in mind that the people, particularly the grassroots ones, are the owner of the country. You are coming out of their houses. So, your main responsibility will be serving the people.”

In this context, the premier reminded the freshers a speech of Father of the Nation Bangabandhu Sheikh Mujibur Rahman in which he described the people as the owner of the country as all, including the civil servants, use to live on their money.

The premier described the new officers as the future leaders to turn into reality the government’s vision of making Bangladesh a prosperous and developed country free from poverty and hunger by 2041.

She continued that her government has been taking each of the plan including the 20-year long perspective plan 2021-2041 and Delta Plan-2100 keeping ahead the target of making Bangladesh a developed country by maintaining the country’ graduation to a developing country from the least development one.

“No country can go ahead towards prosperity and no nation can reach its destination without having any philosophy or target. Keeping that in mind, we have given necessary plans before you to guide the country towards development,” she further said.

“Now, it is your duty to run the country in such a way that it never goes behind,” she told the freshers.

The PM stressed the need for proper training to build public officers as efficient enough to drive the country towards the right direction and said her government has taken a project to build a training academy to this end.

She hoped that the work of the training academy would be completed at the quickest possible time as it can provide public officer with the time-befitting training as the world is constantly changing.

“The government officers who will take training from the academy will establish an example in the world in terms of efficiency,” she said.

Sheikh Hasina said the government has given a huge hike in salary of the government officers alongside giving loans to them for building flats or houses and purchasing cars so that they can devote themselves in their work for the betterment of the country and its people.

Following the footsteps of Bangabandhu, her government has been arranging training and higher education abroad for government officers to make them skilled enough to serve the nation.

Turning to ensuring justice, the Prime Minister said that her government wanted to eliminate the culture of impunity from the country forever by making sure justice for all.

Mentioning that an indemnity was given to the killers, she said that they have been able to hold the trials of the killers as they have assumed office.

She added,” We want the culture of impunity does not exist in the country. We want no injustice takes place in the country and we want to ensure justice for all.”

Spelling out the measures taken by her government particularly in communication, power, education, medicare services, agriculture, commerce and industries for ensuring overall development of the country so none remains homeless, hungry and poor.

The prime minister asked all particular the fresh officers to follow the health guideline to stay protected from the coronavirus as the world has been rattles by the disease. 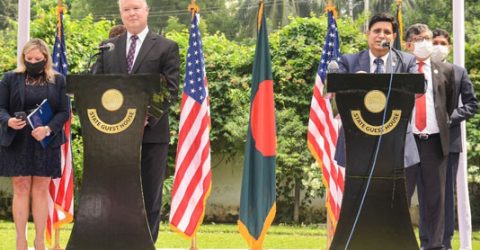 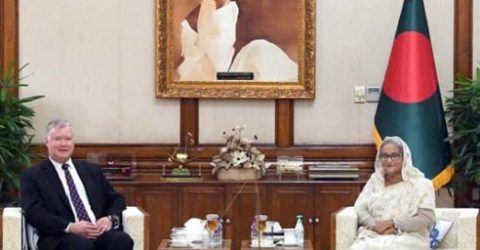