Asia markets on course to end upbeat week with losses HONG KONG  – Most Asian markets dipped on Friday after a broadly positive week as traders await the latest developments in theChina-US trade row, while the dollar retained its strength ahead of a key inflation report.

After last week’s turmoil, the past five days have seen investors a little more positive as they took in stride tit-for-tat threats of tariffs from the world’s top two economies, though the fears of an all-out trade war are keeping everyone on their toes.

In morning trade Hong Kong was up 0.1 percent, extending gains into a fifth straight day, while Shanghai gained 0.2 percent. Wellington and Jakarta were also higher.

But Tokyo shed 0.5 percent by the break despite data showing the Japanese economy grew more than expected in the second quarter. The outlook was dimmed by concerns about a trade war with the United States.

Sydney was down 0.1 percent, Singapore shed 1.3 percent and Seoul dropped 0.6 percent. The tepid performance followed a broadly negative lead from Wall Street. With few major catalysts in the trade stand-off, focus is now on the release later in the day of US consumer price index data for July, which will give an idea about price pressures across the country and help guide the Federal Reserve in its interest rate plans.

The central bank is tipped to lift borrowing costs twice more this year, having already hiked two times so far as Donald Trump’s massive tax cuts kick in and the economy continues to hum along.

Expectations for further hikes have sent the dollar rallying and the unit maintained its strength Friday after a top Fed official usually considered dovish indicated he would back more increases.

“When doves are hawkish we have to take a little notice,” said Greg McKenna, chief market strategist at AxiTrader. While the dollar was struggling against the safe haven yen owing to the trade uncertainty, it was up or holding gains against most other units. The South Korean won and Australian dollar were 0.6 percent down while
Indonesia’s rupiah and the Mexican peso were also well off.

The Russian ruble tumbled again and is now five percent down since the US on Wednesday hit Russia with new sanctions over its alleged involvement in a nerve agent attack in Britain.

And the Turkish lira was almost four percent down around record lows on tensions between Ankara and Washington over the detention of a US pastor. 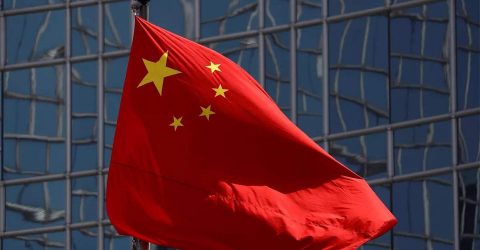