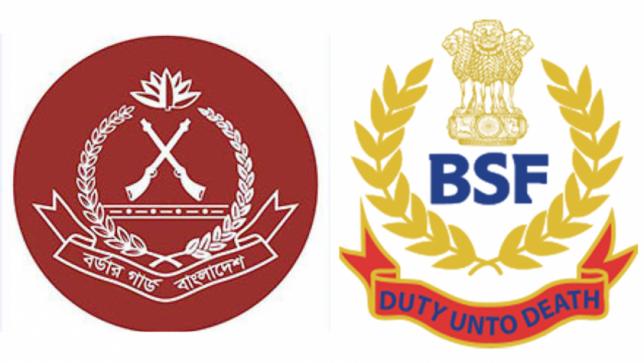 “Our policy is to bring down this (border) killing to a ‘zero level’ we are committed to that,” BSF chief Rakesh Asthana told a joint press conference at the end of a four-day directors general level at BGB’s Pilkhana headquarters in Dhaka.

He added that BSF assured its BGB counterparts that “we can bring it down with joint coordinated patrolling system which has been stopped due to COVID-19 situation”.

“So far as BSF has been concerned the troops have been instructed very clearly that we should fire only as a last resort” after exhausting other weapons like stun grenades, tear gas shells and mustered.

Asthana, however, said the lethal weapons wer mostly used by both the sides in handling cases of criminal activities like smuggling of cattle, weapons and narcotics.

We’ve very good relations with Bangladesh. Only to stop the criminal activities such measures (killing) were taken in the past,” said Asthana, who assumed recently as the chief of the Indian border force.

I can only tell you in future you’ll see the rates (killing) and very definitely we will work closely with our counterpart. BGB has been very kind enough to offer their cooperation.”

“I am not justifying any killing. I reiterate that we are committed to reduce border killings to zero,” the BSF chief said while responding to a question.

BGB director general Major General M Shafeenul Islam told the same conference that his Indian counterpart has assured me that he would do his best to ensure that we can avoid the loss of human life.”

He said Bangladesh has a border of 4,427 km with India having many rivers, marshes, hills alongside plain lands while BGB set up outposts in every 5 km of the frontier.

The BGB chief led a 13-member team in the 50th talks between the two border forces talks while the BSF delegation comprised six members while the conference was followed by issuing a joint statement.

The statement said during the meeting both sides agreed to take extra precautions to bring down the killing, injuring or beating unarmed nationals of both countries to zero by increasing coordinated patrols alongside intensifying public awareness and adopting appropriate socio-economic developmental programmes in vulnerable areas.

It said both border forces also agreed to increase coordinated patrols in vulnerable areas, educate border population about the sanctity of international border and prevent criminals from crossing the border trespassing.

The statement said BGB and BSF agreed to pursue and share real time information which will be beneficial for both the border guarding forces under Coordinated Border Management Plan (CBMP) to combat trans-border crimes.

The both sides agreed to facilitate the development work of Banglabandha-Phulbari Integrated Check Post (ICP) following the existing norms.

BSF appreciated BGB and other Bangladeshi security forces stance against Indian Insurgent Groups, sought further cooperation from BGB for destruction of reported their hideouts in Bangladesh.

The BGB DG assured that there is no IIGs camp or hideout inside Bangladesh.

He further mentioned that Bangladesh does not allow her soil to be used by any entity or element hostile to any country particularly India and assured all possible help in this regard.

When the BSF DG raised the points regarding the construction of newly designed Single Row Fence within 150 yards of the IB, the BGB DG said that the Bangladesh government has already informed its decision to the Indian government about not to build newly designed single row fence.

The both paramilitary forces agreed to share real time information to each other regarding smuggling of drugs and narcotics, human trafficking, FICN, cattle, arms/ammunition/explosives, information related to anti-social elements, activities of IIGs, breaching/damaging of IBB fence and curbing border crimes.

The BGB DG informed his BSF counterpart about the upcoming extensive training and operational flight of two helicopters of BGB Air Wing in Chattogram Hill Tracts area and requested him to inform at the ground level to avoid any confusion or misunderstanding.

The BGB DG also reiterated that prior intimation will be given to respective field level commanders of BSF. BSF DG assured that local BSF units will be instructed in this matter upon receipt of prior information from BGB.

The both paramilitary forces appreciated the efforts made to improve mutual relations through various agreed upon Confidence Building Measures (CBMs).

Both the DGs expressed their satisfaction over the outcome of the conference. The delegation leaders of the both countries reiterated their commitments to work jointly for maintaining peace and tranquility at the border.

The Bangladesh and Indian border guarding forces have decided to hold their next routine DG level conference at Guwahati in India preferably within 2nd week of November 2020.

BSF, in response to the concerns expressed by BGB on border deaths, reiterated its policy of use of non-lethal weapons on the India-Bangladesh border and assured that all unarmed and innocent trespassers and victims of human trafficking will be handed over to the BGB personnel.

The Indian border guards launched a systematic campaign against the smuggling of codeine-based cough syrup in the bordering districts of India and will redouble efforts to reduce the cross-border drugs and narcotics smuggling.

The BGB appreciated the ongoing concerted efforts of BSF in substantially reducing the smuggling of narcotics.