DHAKA,  – Buoyed by export earnings and remittance inflow as well as unbending efforts by businesspeople, the country’s economy is showing signs of a bounce-back from the coronavirus (COVID-19) related disruptions.

Backed by the government’s policy support, the businesspeople have regained their confidence and reopened mills, factories and businesses side by side the commoners have returned to their workplaces to maintain their livelihood. Dynamism has also been infused in the agriculture sector which was in operation even after the outbreak of COVID-19.

Immediately after the outbreak of COVID-19 in March, the government rolled out a raft measures to help boost the economy, including tax breaks. The government announced as many as 19 stimulus packages amounting to Taka 103,117 crore to mitigate the impact of the coronavirus pandemic.

The various economic indicators alongside the buoyancy in the capital market, high buying and selling spree in shops and shopping malls are giving clear indication of bounce-back of the economy. Various local and foreign research firms are also lauding the economic recovery of Bangladesh.

The economists think that due to bold and courageous decision of Prime Minister Sheikh Hasina to reopen the mills, factories and business establishments, the black cloud in the economy is dispersing while the stimulus packages have played a special role to bring back the economy in the positive trend by keeping the supply of cash in the market.

Earlier, the government had enforced general holidays from March 26 to check the spread of COVID-19 and subsequently the holidays were extended for 66 days in phases. After the completion of general holidays, the wheels of the economy again have started to roll on.

Talking to BSS, former Bangladesh Bank Governor Dr Atiur Rahman said that under the overall circumstances, the confidence in business has started to increase and the main reason behind this is the Taka 1.03 lakh crore stimulus packages announced by the government and the central back, which are supplying cash to the market in various forms.

“The 50 percent of the stimulus packages are refinancing schemes while the central bank is providing cash to the commercial banks at bank rate. As a result, the liquidity situation in the banks is good. Under such a situation, the businessmen have perceived that they will get money if they want and this is also strengthening the confidence of the businessmen,” he added.

Out of the Taka 30,000 crore stimulus packages for the large industries and business firms, around 55 percent of the loans have already been disbursed, he said.

The former central bank governor said the demand of export is increasing while the foreigners have also reopened their business centers complying with the new normal life. He said the export of RMG is also increasing ahead of the holy Christmas.

Talking to the national news agency about the rebound in the export earnings, Bangladesh Garment Manufacturers and Exporters Association (BGMEA) Director and Vertex Group managing director Munir Hossain said export was much less in March, April and May due to the COVID-19 pandemic as well as lockdowns in the western countries.

“Now shopping malls and business establishments have been reopened in those countries while the Christmas is knocking at the door. So, exports have started to get back in the positive trend again,” he added.

According to the Bangladesh Dokan Malik Samity (BDMS), around 90 percent of the shops at the retail level have already been reopened while the shops at the wholesale level are yet to resume in full scale. As per the data of BDMS, around Taka 12,000 crore has been transacted during the holy Eid-ul-Azha while the transaction at the retail level is increasing day by day.

BDMS President Helal Uddin said most of the shops at retail level have already been reopened. He, however, opined if the micro businesses could not avail of the stimulus package for the SMEs, then a portion of them would not be able to get back to their business again. The government has already announced a Taka 20,000 crore stimulus package for the SME entrepreneurs.

Dhaka Chamber of Commerce and Industry (DCCI) President Shams Mahmud said dynamism has been infused in the economy over the last one month while people have started to get back to work in the other services sectors except tourism and hotel.

He termed it as a challenge to bring back those into employment who have lost their jobs in the COVID-19 pandemic. For this, the DCCI President has suggested the government to give more attention to rejuvenate the SME sector.

He suggested the government to become more active in redirecting investment from China to Bangladesh.

Dr Razzaque said after the vacation of Eid-ul-Azha, the capital market is on the rise which gives clear indication of economic recovery. He noted that the index and transactions are gradually increasing at both the bourses of the country side by side the participation of the investors are also increasing there.

The country received a record US$ 2.60 billion remittance in July, the highest ever in a single month, taking the total forex reserves to an all-time high of $37.18 billion, which was $35.85 billion in June this year.

Remittances from Bangladeshi nationals working abroad were estimated at $2.60 billion in July, up by 766.87 million as the amount was $1.83 billion in June 2020.

The government’s incentive along with latest policy support, provided by the Bangladesh Bank (BB), contributed to achieve the new record of inward remittances.

The overall export maintained a stable trend as the export earnings witnessed a 0.59 percent growth in July this year compared to July 2019 despite the impacts of the novel coronavirus (COVID-19) pandemic.

According to a statement issued by the Ministry of Commerce based on the data of Export Promotion Bureau (EPB), the single month export earnings in July totaled $3,910.92 million compared to $3,887.86 million fetched in July last year. 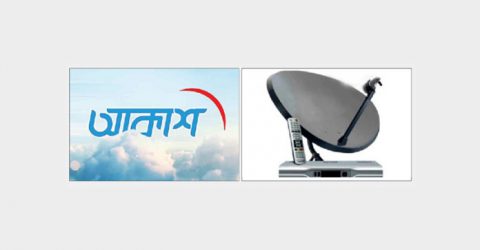 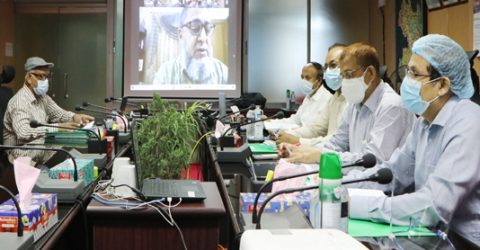 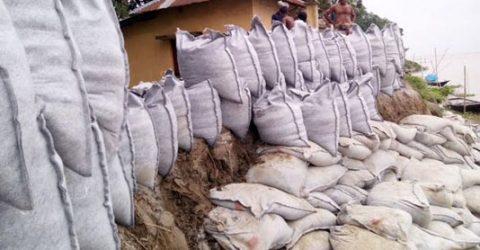 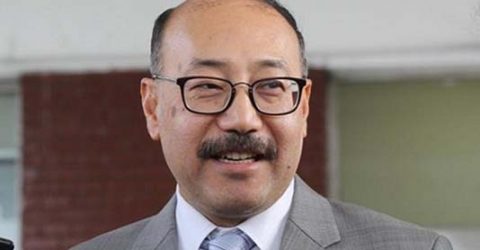