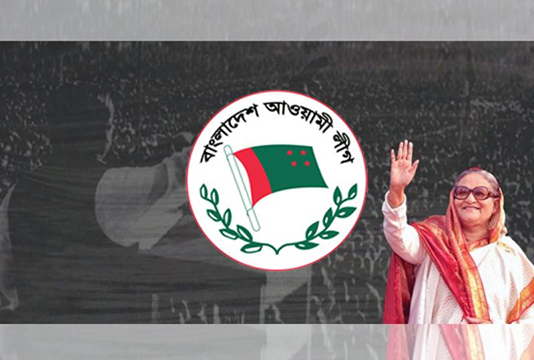 DHAKA, – Bangladesh Awami League (AL), one of the country’s oldest political parties, will celebrate its 71st founding anniversary tomorrow in a limited scale with different programmers particularly on virtual media in the wake of coronavirus outbreak.

Founded on this day in 1949, Awami League has been transformed into an organisation of the masses by leading all the democratic-political-social-cultural movements including the long arduous struggle for freedom and the War of Liberation.

President Md Abdul Hamid and Prime Minister Sheikh Hasina will gave separate messages on the eve of the anniversary.

To mark the anniversary, national and party flags will be hoisted atop all party offices including the Bangabandhu Avenue central office here.

The programme includes placing of wreaths at the portrait of Father of the Nation Bangabandhu Sheikh Mujibur Rahman on the premises of Bangabandhu Bhaban at Dhanmondi in the morning.

A delegation of Awami League Central Working Committee (ALCWC) will place wreaths at the mausoleum of Bangabandhu at Tungipara in Gopalganj in the morning maintaining health guidelines.

Besides, doa and munajat will be offered in the afternoon seeking eternal peace of departed souls of Father of the Nation Bangabandhu Sheikh Mujibur Rahman and other martyrs of 1975 carnage, four national leaders, 1971 martyrs, martyrs of different movements and struggles, and those AL leaders who died of coronavirus infection.

Healthy life and long lives of Bangabandhu’s daughter Prime Minister and AL President Sheikh Hasina and family members of Bangabandhu will also be part of Dua during the prayers.

Awami League President and Prime Minister Sheikh Hasina will deliver an address through video conferencing from her official Ganabhaban residence to party leaders who will remain present at the party’s Bangabandhu Avenue central office at 5pm. A limited number of central leaders will remain present there maintaining social distancing and health guidelines.

To mark the day, a webinar on ‘Youth Expectations from Bangladesh Awami League’ will be held tonight which can be watched live from 8:30pm on the party’s official Facebook page (https://www.facebook.com/awamileague.1949/) and YouTube channel (https://www.youtube.com/user/myalbd), said a press release.

It will also be aired on private run Somoy television and Bijoy TV as well as the official Facebook pages of leading national dailies including Dainik Ittefaq and Samakal and online portal bdnews24.com.

AL will hold another special webinar titled ‘Mass people’s party Awami League’ tomorrow. It will be screened on the party’s official Facebook page (https://www.facebook.com/awamileague.1949/) and YouTube channel (https://www.youtube.com/user/myalbd/) at 8.30pm.

In a statement, AL General Secretary Obaidul Quader called upon the party units across the country and their associate and like-minded bodies to observe the founding anniversary of the party maintaining health guidelines and social distancing.

AL’s late Presidium Member Mohammed Nasim last year said “Awami League is not only the oldest and biggest political party in the country but also the mainstream of democracy and secular ideologies”.

The sacrifice of Awami League leaders and workers and their contributions to the nation will be ever remembered, he added.

Though the country’s biggest political party was floated as Awami Muslim League at the historical Rose Garden at KM Das Lane in Dhaka, the word ‘Muslim’ was dropped at its third council in 1955. 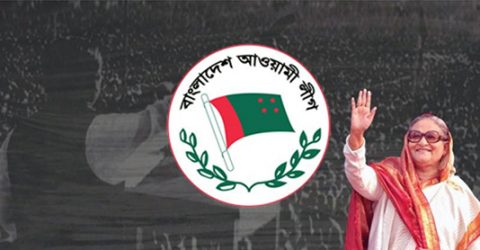