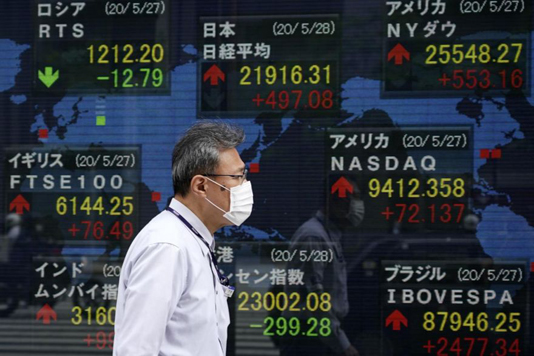 HONG KONG,  – The easing of lockdowns around the world and signs that economies are slowly recovering provided further impetus for Asian stocks Tuesday, though traders remain on edge over China-US tensions and growing unrest across several large American cities.

Donald Trump’s decision not to impose strict sanctions on Beijing over its Hong Kong security law allowed investors to get June off to a healthy start, while a slowdown in virus infections and deaths globally continues to keep the mood positive.

Europe pressed ahead with a further loosening of measures, with schools, pools, pubs and tourist sites reopening — despite fears of a second wave of infections — providing hope that shattered economies can begin to rebuild.

“May’s data suggested the worst of the contraction may be behind us, but we see a bumpy restart in coming months,” BlackRock Investment Institute strategists said in a report.

Shanghai added 0.1 percent and Seoul was up 0.5 percent after data showed South Korea’s economy shrank less than first thought in the first quarter.

Investors appeared to brush off news that China had ordered its state-run agricultural firms to temporarily halt buying some US farm goods, which raised questions about the impact on the countries’ trade pact signed in January.

That came after Trump on Friday unveiled a series of moves against China over Hong Kong but stopped short of imposing specific strict measures, suggesting the US prefers to avoid a confrontation at this point.

“It seems that Friday’s press conference by the president might have marked the end of the escalation between the two countries, at least for now,” said Gorilla Trades strategist Ken Berman.

“That said, the issue of Hong Kong remains in the spotlight, and the conflict still has the potential to move the market in the coming weeks.”

Observers are keeping tabs on violent protests gripping some of the United States’ biggest cities following the killing of a black man by a police officer, with Trump threatening to send soldiers into the streets.

The demonstrations have also fanned worries about a spike in COVID-19 infections, which could hamper the easing of lockdowns.

Stephen Innes of AxiCorp said: “Anarchy in the streets threatens to throw a wet blanket on the risk recovery as investor optimism over economic reopening in the US could wane.

“If American consumers were reluctant to come out of their COVID-19 lockdown cocoon fearing a secondary spreader, it is unlikely they will feel any safer with military Humvees rolling down Pennsylvania Avenue. If fear is generated by anarchy in the streets, that will harm the recovery.”

Still, with the mood generally positive for now, riskier assets were in demand, with the Canadian dollar and Indonesian rupiah more than one percent up against the greenback, while the Australian and New Zealand dollars were each up around 0.9 percent.

Oil prices also continued their march higher as the easing of lockdowns boosts hopes for demand, while key producers including Saudi Arabia and Russia ready to decide on whether or not to continue their massive output cuts that have been crucial to supporting the market. 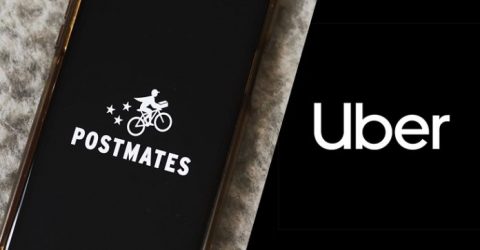 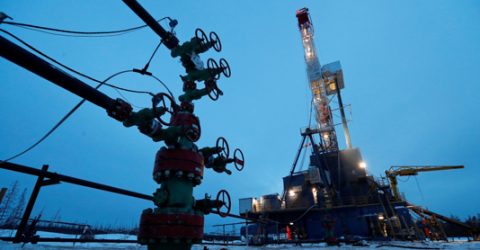 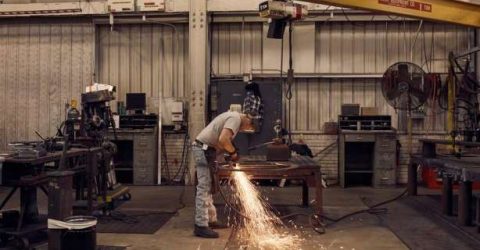 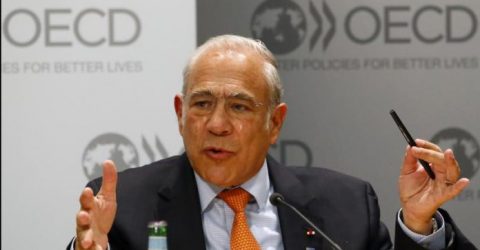 World economy to contract at least 6% in 2020: OECD
Latest