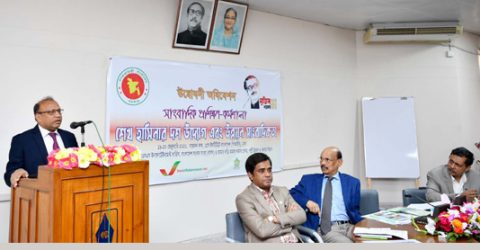 “No news, even if it is true, should be published if it affects national interests,” he told the opening of a two-day workshop for grassroots journalists at PIB auditorium in the city.

Tazul said no government policy could always be beyond any imperfection but all, including journalists, should agree that the development initiatives taken by Prime Minister Sheikh Hasina’s government have brought a magical change in the life of the people in grassroots, even in remote areas.

“Her (premier’s) ‘Amar Bari Amar Khamar’ project alone brought changes in the lives of one and a half crore people of the country,” the minister told the workshop titled “Sheikh Hasina’s 10 Initiatives and Development Journalism.”

Tazul said irresponsible journalism with a motivated objective in the past created a negative attitude in people’s mind which eventually appeared disastrous for the national politics as well as development.

He said the present government, under the leadership of Prime Minister Sheikh Hasina, has taken many programs for development and welfare of the country.

“Among the initiatives, the Prime Minister’s 10 special initiatives are playing a vital role in alleviating poverty. The projects are called magic for development,” he added.

“The countries with per capita income below $500 are poor and underdeveloped. We will be able to attain the middle income and developed country status before the deadline,” he added.

Among different efforts, the 10 initiatives of the Prime Minister are playing a vital role in alleviating poverty and achieving the development goals, he added. He urged journalists to project the government’s development activities before the people.

A total of 30 reporters of BSS from three divisions joined the workshop. 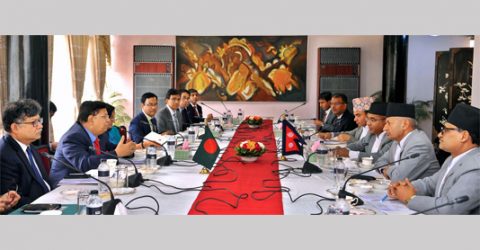 Dhaka welcomes Kathmandu’s proposal to use Saidpur airport
Next News 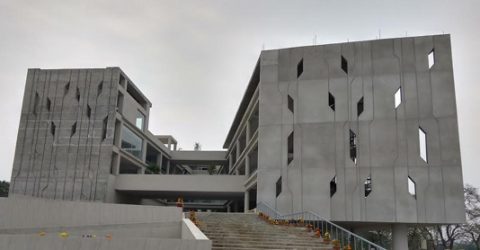 PM for expanding cooperation in BIMSTEC 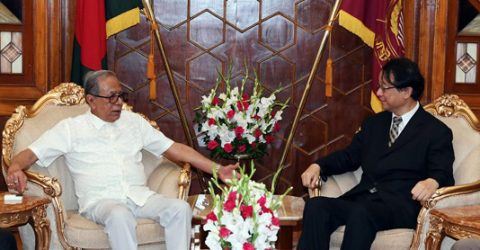 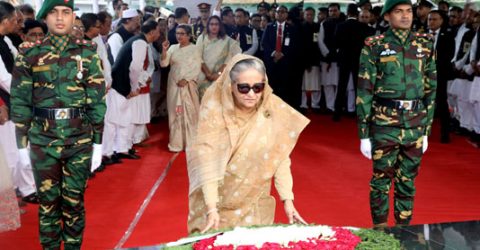 PM pays homage to Bangabandhu on his birth centenary