Kejriwal sworn in as Delhi chief minister for third time 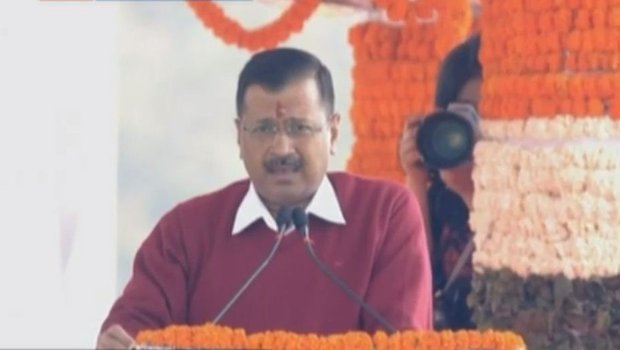 NEW DELHI, – Arvind Kejriwal, the convener of Aam Aadmi Party (AAP), was sworn in as Delhi Chief Minister for the third consecutive term as thousands of peoples cheered him on the Ramlila Maidan, the heart of the India’s national capital.

The 50 “Dilli ke Nirmata” or Delhi’s architects, including teachers, bus marshals, sanitation workers, metro pilots and families of firefighters also shared the stage with Kejriwal during his swearing-in ceremony.

Prime Minister Narendra Modi was invited to the ceremony along with BJP MPs and MLAs from Delhi. However, no chief minister or political leaders from other states were invited to be a part of the event as it was a “Delhi-specific” ceremony, according to media reports.

After taking oath as the chief minister, Kejriwal in his brief speech to the crowd said that he has dedicated the victory to the 20 million people of the national capital and put forward the agenda his government is going to follow in the next five years.

“Today your son has taken the oath as the chief minister for the third time. This is not my victory but that of each one of you that of the mothers, sisters, students and every family of Delhi,” he said.

The 51-year-old third-time chief minister also spoke about the bitter electoral campaign and stressed all that is now in the past.

“Some people voted for the AAP, some for the BJP, some for the Congress and other parties. But as I have taken an oath today I am everyone’s chief minister,” he said as he sought central the government’s support to carry forward his development agendas.

Kejriwal’s AAP swept the Delhi assembly polls by winning 62 of the 70 seats in the election held on February 8. On the other hand, the Bharatiya Janata Party (BJP) managed to win the rest eight seats from its earlier tally of three seats. Congress once again could not win a single seat.

In 2015 Delhi Assembly election, Kejriwal’s Aam Aadmi Party (AAP) secured 67 seats out of 70 and the remaining three went to BJP and Congress. 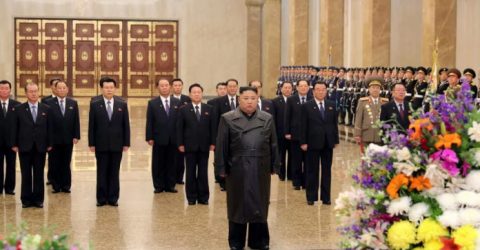 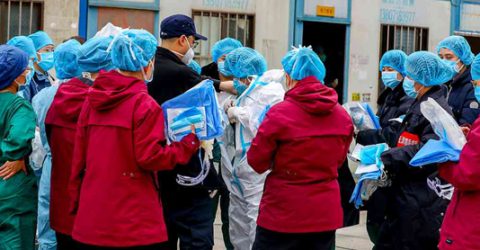