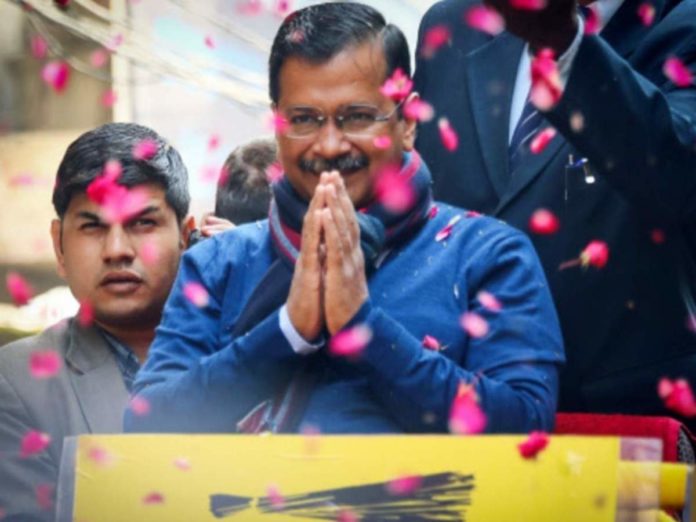 NEW DELHI,  – Riding on its development agenda, the Arvind Kejriwal-led Aam Aadmi Party (AAP) was on Tuesday set for a resounding victory in the Delhi assembly elections to retain power for a third term.

As votes for the February 8 elections were counted, the AAP was leading in 58 of 70 seats and the BJP in 12, leaving the Congress virtually decimated in a city it had ruled for three consecutive terms under Sheila Dikshit, according to Election Commission figures.

The elections in the national capital took place in the midst of massive protests in the city and elsewhere over the new citizenship law, the National Register of Citizens and the National Population Register.

The BJP faced charges of carrying out a “divisive” campaign to polarise the voters by consistently highlighting the over 50-day demonstration by a group of women in Shaheen Bagh area.

Though BJP’s campaign focused on national security issues, the AAP mainly focused on its achievements in the fields of education, healthcare and infrastructure.

The AAP had registered a sensational victory in 2015 by winning 67 seats in a hurricane march that almost wiped out the BJP and the Congress.

According to latest trends, Kejriwal, a former Indian Revenue Service officer, was leading in his New Delhi constituency by over 6,300 votes, while his deputy Manish Sisodia was 754 votes behind BJP’s Ravinder Singh Negi in Patparganj.

“We have been saying since the beginning that the upcoming polls will be fought on the basis of work done by us… You wait and watch, we will register a massive win,” AAP spokesperson Sanjay Singh told reporters.

“We hope we get such a clear majority that a message goes out that doing Hindu-Muslim politics will not work anymore,” said AAP volunteer Fareen Khan at the party office.

The headquarters were decorated with blue and white balloons and big cutouts of Kejriwal were placed in different parts of the office.

A total of 672 candidates, including 593 men and 79 women, were in the fray for the hotly contested, often divisive polls with the anti-CAA protests in Shaheen Bagh occupying centrestage towards the end of the campaign.

While the AAP, of course, put forward Kejriwal, Prime Minister Narendra Modi, Home Minister Amit Shah and Uttar Pradesh Chief Minister Yogi Adityanath were among those who extensively campaigned for the BJP.

The Congress, still recovering maybe from the death of its three-time Delhi chief minister Sheila Dikshit in July last year, got into campaign mode much later.

Former Prime Minister Manmohan Singh and party leaders Rahul Gandhi and Priyanka Gandhi were among those who campaigned for the Congress. 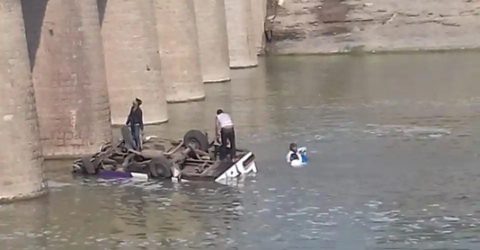 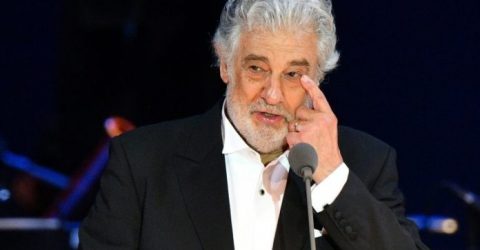 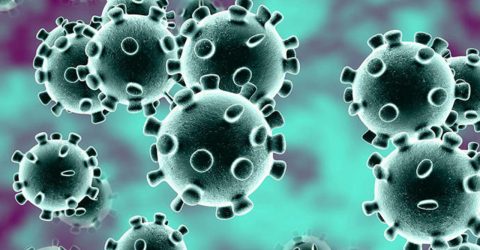 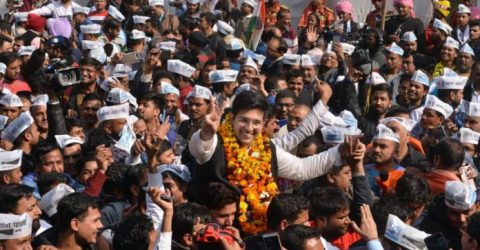