“BNP’s demand for reelections to Dhaka city corporations is irrational. There was no vote rigging or forgery in the city elections. If there was any incident of forgery, there would have been high turnout of voters in the elections,” he said.

The AL general secretary was speaking at a press conference at AL President’s Dhanmondi Political Office here after a meeting of the party’s secretariat.

About BNP secretary general Mirza Fakhrul Islam Alamgir’s call for reelections to the two city corporations, Quader said: “BNP also knows that the polls were held in a free, fair and peaceful manner except one or two sporadic incidents”.

Noting that despite low voter turnout, Awami League is satisfied over the Dhaka city polls as the elections were held in a peaceful manner, Quader said even the election observers did not raise any question about the city polls.

About the BNP’s rally demanding the release of its chairperson Begum Khaleda Zia, the AL general secretary said BNP is holding rallies across the country, including Dhaka, but nobody can give an example that the ruling party is impeding their rallies.

Holding meetings and rallies is a democratic right of BNP and it can hold rallies by taking clearance from police, he added. 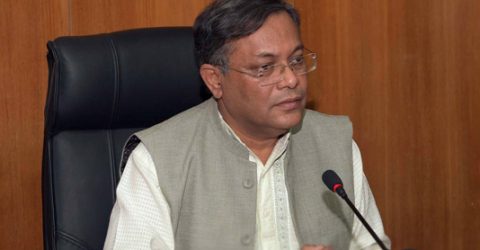 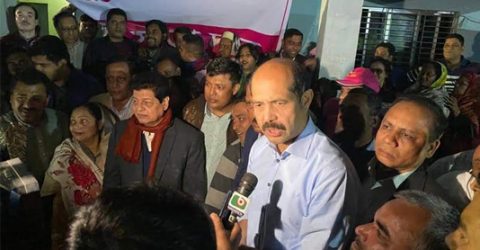 Atiqul lends himself to doorsteps of Banani burnt slum
Latest