Iraq protesters keep up rallies despite pressure from riot police 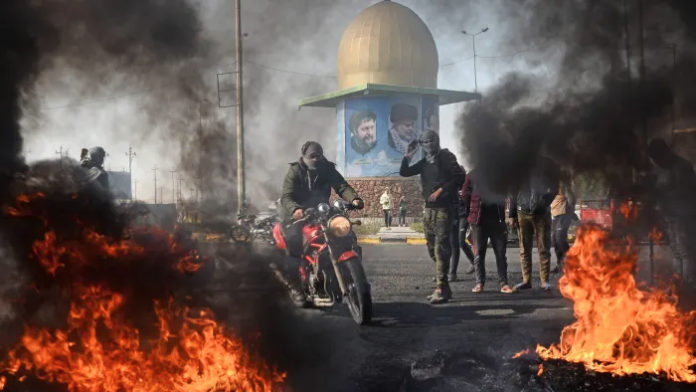 BAGHDAD,  – Security forces shot live rounds to clear protest hotspots in Baghdad and southern Iraq for a second day Sunday, sparking skirmishes with demonstrators determined to keep up their movement.

Violence has resurged in the capital and Shiite-majority south this week, with more than 15 people killed as anti-government activists ramped up their road closures and sit-ins while security forces sought to snuff out the campaign.

On Saturday, four protesters were shot dead as riot police stormed protest camps across the country, according to medics, stoking fears of a broader crackdown.

But the demonstrators returned in large numbers throughout the evening and by Sunday morning, they were rallying again.

In Basra, hundreds of students protested over riot police’s dismantling of their main protest camp the previous day, according to an AFP correspondent.

Others gathered in the holy city of Najaf and university students led a protest in Kut, where they erected new tents to replace those taken down the previous day.

In Baghdad, young demonstrators on Saturday flooded their main encampment at Tahrir Square and security forces continued using live rounds the next morning in a bid to disperse small rallies in nearby Khallani and Wathba squares.

University students were planning to march on Sunday from a Baghdad campus to Tahrir Square, and other student-led rallies are planned for this week.

The young demonstrators have mostly thrown rocks at riot police but some have tossed Molotov cocktails.

In Nasiriyah to the south, security forces Sunday also fired live rounds to disperse protesters, who were angered by authorities pushing them out of thoroughfares around their main protest camp in Habbubi Square.

At least 50 protesters suffered bullet wounds and around 100 were impacted by tear gas in brief skirmishes, a medical source told AFP.

The youth-dominated protests erupted on October 1 in outrage over lack of jobs, poor services and rampant corruption.

They spiralled into outraged calls for a government overhaul after they were met with violence.

Protesters are now specifically demanding snap elections, the appointment of an independent premier and the prosecution of anyone implicated in corruption or recent bloodshed.

Parliament has passed a new electoral law and Prime Minister Adel Abdel Mahdi submitted his resignation in December, but he still serves in a caretaker role and authorities have otherwise failed to act on the protesters’ demands.

“While death and injury tolls continue to rise, steps taken so far will remain hollow if not completed.”

Activists have long worried that their movement could be snuffed out after firebrand cleric Moqtada Sadr dropped his support on Friday.

The notoriously fickle militia leader-turned-politician backed the protests when they first started and called on the government to resign — even though he controls the largest bloc in parliament and top ministerial posts.

Sadr’s supporters had widely been recognised as the best-organised and well-stocked protesters in Tahrir.

But after holding an anti-US rally in Baghdad on Friday that was attended by thousands, Sadr said he no longer wanted to be involved in the separate regime change movement.

Within hours, his supporters were dismantling their tents in protest camps across the country and riot police began moving in.

Analysts said Sadr was striving to both maintain his street credibility and win favour with Iraq’s powerful neighbour Iran.

Sadr has complex ties with Iran. He is completing advanced religious studies in the holy city of Qom, but has often worked against Iranian-backed parties in Iraqi politics.

Iran holds tremendous political and military sway in Iraq and will likely have a major say in who Abdel Mahdi’s replacement will be.

Talks over the next premier remain at a stalemate in Baghdad in the absence of two key brokers — Iranian general Qasem Soleimani and Iraqi military powerhouse Abu Mahdi al-Muhandis.

Both were killed in a US drone strike on Baghdad on January 3, which outraged Iraq and fuelled calls for the 5,200 US troops deployed there to leave. 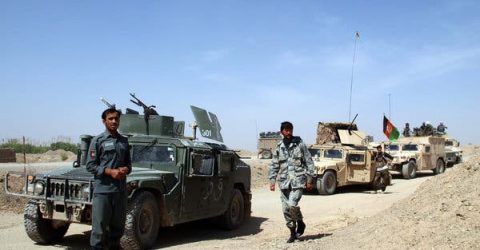 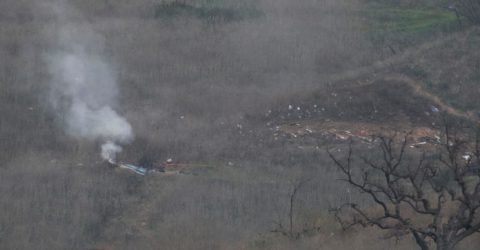