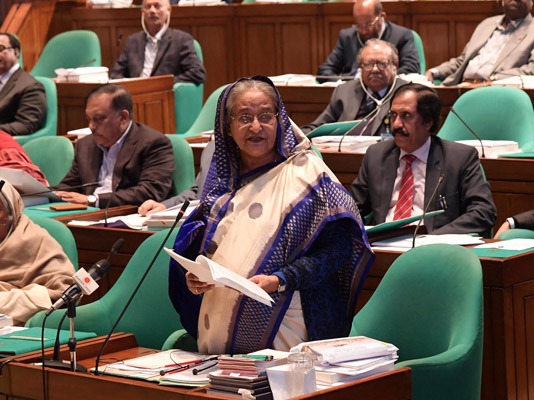 SANGSAD BHABAN, – Prime Minister and Leader of the House Sheikh Hasina today said the government has been implementing the “Zero Discharge Policy” in the industrial sector to check industrial pollution and protect the country’s environment.

“Installation of Effluent Treatment Plant (ETP) or Air Treatment Plant (ATP) and taking environmental clearance have been made mandatory for mills and factories which require it ,” she told parliament while responding to a starred question placed by ruling party lawmaker Mohammad Shahiduzzaman (Meherpur-2).

The prime minister informed the House that a total of 1,920 industries out of 2,400 have set up ETPs across the country till December 2019.

About the measures taken by the government to check air pollution, she said the government executed the Clean Air and Sustainable Environment (CASE) Project. Under the project, 16 Continuous Air Quality Monitoring Stations were established in 12 towns of the country, the premier said, adding that the authorities concerned are now monitoring the level of air pollution.

Noting that the government is working sincerely in controlling air pollution caused by brick kilns and motor vehicles, she said the Brick Manufacturing and Brick Kiln Establishment (Control) (Amendment) Act 2018 has been enacted to this end.

Under the project, she said, 9.73 lakh improved stoves were installed across the country. Sheikh Hasina said the drives of mobile courts are continuing across the country to stop the use of banned polythene shopping bags.

“We’ve been implementing the Sound Pollution (Control) Rules 2006 through the Department of Environment (DoE) aiming to control sound pollution,” she said. Following the rules, the streets surrounding the Bangladesh Secretariat was declared as a “silent zone” on December 17, 2019, the prime minister said, adding that punitive measures have been taken by conducting mobile court drives against the vehicles that are causing sound pollution in the area.

She said the government declared the country’s 13 important spots as the ecologically critical areas (ECAs) to protect biodiversity and environment.

Sheikh Hasina said the government has taken different plans to create 52,000 hectares block garden in degraded forests and introduce mangroves in 63 hectares of land in the country’s coastal region under a project.

“We’ve also planned to distribute one crore saplings in current fiscal, marking the birth centenary of Father of the Nation Bangabandhu Sheikh Mujibur Rahman,” she said. 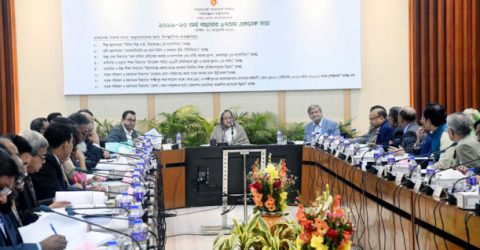 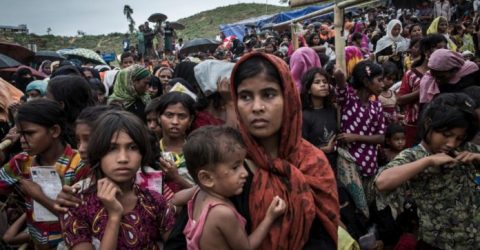 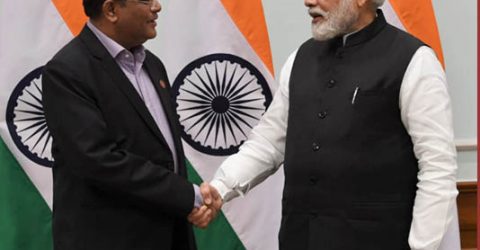