Documentation on Bangabandhu’s proclamation of independence to be made: Hasan DHAKA, – Information Minister Dr Hasan Mahmud today said documentation, based on news published in different international media on March 26 and 27, 1971, will be made on proclamation of independence by Father of the Nation Bangabandhu Sheikh Mujibur Rahman.

“Father of the Nation Bangabandhu Sheikh Mujibur Rahman declared the independence at the late night of March 25, 1971, that means early hours of March 26. After the killing of Bangabandhu Sheikh Mujibur Rahman along with most of his family members on August 15, 1975, an attempt was made to create a controversy on the declaration of independence. History of Bangladesh was distorted,” he added.

The information minister told journalists after a meeting of the Media, Publicity and Documentation Sub-committee on the ‘Celebration of the Birth Centenary of Father of the Nation Bangabandhu Sheikh Mujibur Rahman’ held at the International Mother Language Institute in the city.

Hasan said history was distorted in Bangladesh, but not internationally. So, the committee decided to make a documentation based on the news covered by different international print and electronic media on March 26 and 27, 1971, he added.

The information minister informed that a big media conference will be held in the city, side by side at Tungipara. Media conference will also be held at different big cities of the world, including Brussels, New York, London and New Delhi, he added. 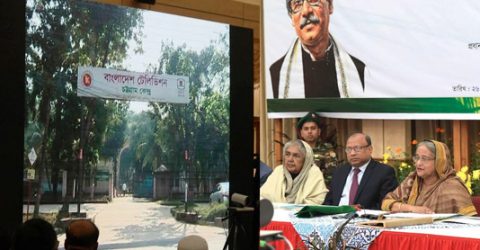 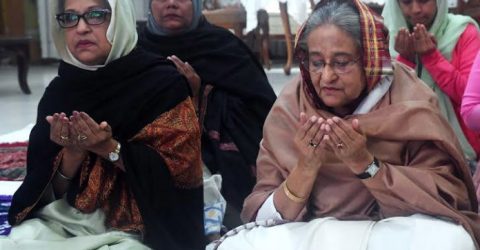