Efforts on to bring back killers of Bangabandhu, intellectuals: Momen

DHAKA, – Foreign Minister Dr AK Abdul Momen today said the government continues its efforts to bring back the furtive killers of father of the nation Bangabandhu Sheikh Mujibur Rahman and the intellectuals, martyred on December 14 in 1971.

“We have already identified two fugitive killers of Bangabandhu living abroad … we expect to bring them back and punish during the Mujib Year,” he said while speaking at a gathering of Freedom Fighters at the Jatiya Press Club here.

The foreign minister said the government has also identified two fugitive convicted infamous war criminals, living in the USA and the UK, responsible for the killing of the country’s intellectuals during the Liberation War.

“We are continuing our efforts to bring them back as well,” he added.

The government traced out that Bangabandhu’s two convicted furtive killers Rashed Chowdhury and Noor Chowdhury are now residing in the USA and Canada respectively.

After knowing the whereabouts of the killers, the foreign and law ministries have been deeply engaged with the US and the Canadian authorities to bring back these two absconding murderers.

In 2013, The International Crimes Tribunal sentenced Chowdhury Mueen Uddin and Ashrafuzzaman Khan who planned and executed the killings of hundreds of intellectuals during the Liberation War in 1971.

The foreign minister said he asked the expatriate Bangladeshis to hold demonstrations in the USA and the UK to create pressure on the authorities to send the fugitive killers here.

“I asked them (Bangladeshi expatriates) to hold demonstration in front of their (fugitive killers) houses every month and chant the slogan – you are a killer, go back home,” he said, adding that if expatriates can do it, the killers will lead life like a prison even in their hideout abroad.

The foreign minister suggested involving freedom fighters in making the fresh list of Rajakars (local collaborators of the Pakistan army in 1971).

Describing the country’s recent immense economic development, Momen said Bangladesh has already advanced much ahead of Pakistan. “It gives me good feelings when I saw, Pakistani people urge their Prime Minister Imran Khan to advance Pakistan even close to Bangladesh position in next 10 years,” he said.

Bangladesh Muktijoddha Sangsad Command council organized the meeting to congratulate Prime Minister Sheikh Hasina on her re-election as the president of Awami League.

Presided over by Freedom Fighter Abdul Haye, the discussion meeting was also addressed by former secretary Mozzammel Haque, among others. 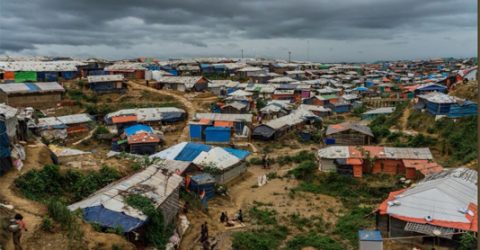 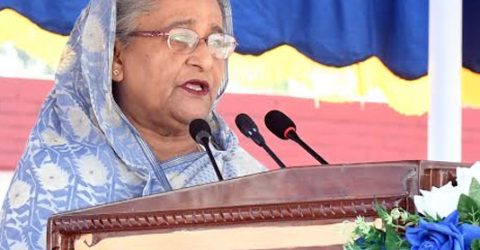