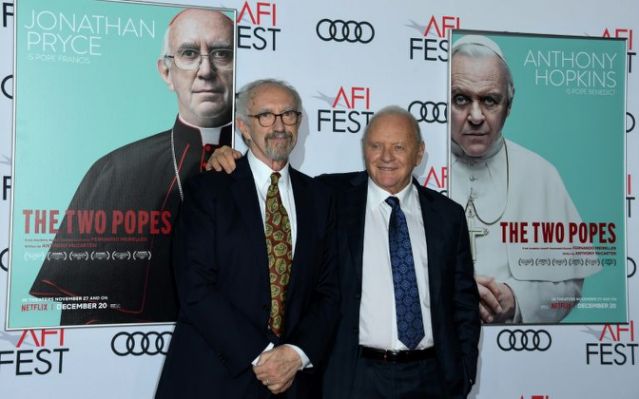 LOS ANGELES, Nov 25, 2019 (BSS/AFP) – Every story needs its hero and its villain. So when Fernando Meirelles decided to make a film about Pope Francis and Pope Benedict coming face-to-face, the director knew which pontiff he would side with.

For the first time in seven centuries the Catholic church has two living popes, and “The Two Popes” imagines a series of spirited debates between the strict, conservative Benedict and his charismatic successor.

“At the start of the film for me Benedict was the ‘bad pope’ and Francis was the ‘good Pope’,” said Oscar-nominated Meirelles (“City of God.”)

But as the movie progressed, and the Brazilian director learnt more about both men, something started to change.

“I read some of his writings. And I watched some of his sermons. And he’s interesting,” the director told AFP at the film’s recent premiere.

“I think the press created this image of a Nazi, which is not really … he’s not very different from Pope Francis actually.”

The two men on screen bridge their differences, bonding over Benedict’s piano-playing and Francis’ beloved football team in conversations at the Pope’s summer residence, and in the Sistine Chapel.

It was written by New Zealander Anthony McCarten, whose last three films — “The Theory of Everything,” “Darkest Hour” and “Bohemian Rhapsody” — have all won the best actor Oscar for their leading men.

McCarten told AFP that “career-best performances by both men” in his latest film were undoubtedly worthy of Academy recognition.

There are “no more fitting recipients than either of them,” he said at the American Film Institute’s AFI Fest.

Hopkins said the glowing response to the film had been a “big surprise,” expressing hope that it could teach the world something about tolerance.

“Let’s talk, sit down, stop being so grim about everything,” said the “Silence of the Lambs” Oscar-winner.

Pope Benedict’s shock 2013 resignation came against a backdrop of child sex abuse scandals and financial corruption. These events are touched upon in the film, but only fleetingly.

At one point, Francis hears Benedict’s confession — including his knowledge of historic sex abuse allegations against Mexican priest Marcial Maciel.

But the audio quickly fades to silence, leaving the audience to fill in the gaps.

“I had to be very careful not to go (too) far,” said Meirelles. “We had more lines on child abuse (in the script) but if I had two extra paragraphs on that it would become a film on child abuse.

“He knew that a specific Mexican cardinal had issues with kids, and he didn’t do anything, to avoid a big scandal.”

“As a dramatist, I had to love both characters equally,” added writer McCarten. “I had to start to learn and see the world through his eyes.

Benedict “stands for tradition, orthodoxy, for something dependable, for a moral compass. Which is timeless, an eternal truth. And there’s a strength in that.”

The film also covers, in flashbacks, a dark period in Francis’ past.

As head of Argentina’s Jesuits, he was accused of cozying up to the country’s brutal military dictatorship in the 1970s.

“Francis was and still is known as a divisive person in Argentina. It’s talked about in the film, it’s not shied away from,” Pryce told AFP.

The “Game of Thrones” star said he studied Francis’ “flaws and weaknesses” — as well as his more admirable traits, like tackling inequality and climate change — to develop the character.

The project presented a number of unique challenges, Meirelles admitted — not least the huge amount of dialogue.

“The script is very good, but at the end of the day it’s two guys just talking,” joked the director.

Numerous devices to keep the pair moving on screen were devised. At one point they order pizza to the Sistine Chapel.

With no access to film in the Vatican City, a detailed replica of the world-famous pilgrimage spot had to be constructed from scratch.

“That was beautiful, we spent 17 days shooting inside the set” said Meirelles. “It’s a perfect replica, exactly the same. So now I know it, like my home!”

“The Two Popes” is released in limited US theaters November 27, and on Netflix December 20. 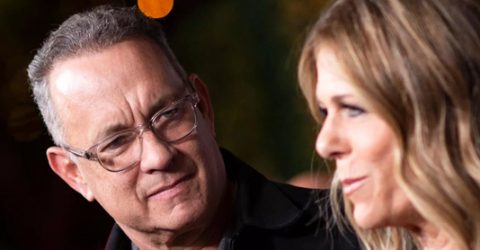 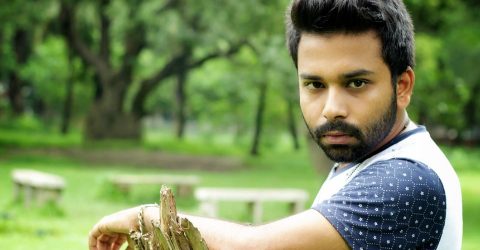 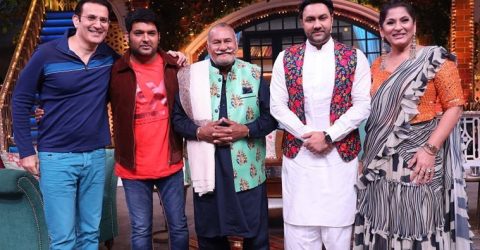 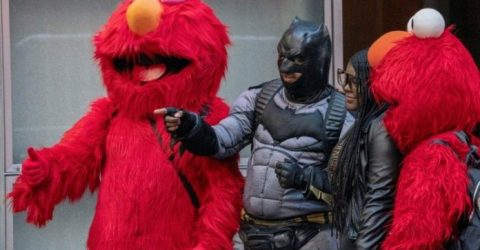