On Wednesday, (November 13) under the banner of “Jahangirnagar Against Corruption” the march began at the university`s `Murad Cattar` area and ended at the old register building with a short brief.

Addressing the program, Professor Kamrul Ahsan of Philosophy Department said, “The general students will join the movement as soon as the dormitories will open. We have to come up with a solution.”

A spokesman for the movement, Professor Rayhan Rayne, said “No investigation committee has ever been formed from the Ministry of Education and UGC till now. They have said that they will take initiative to form an inquiry committee. But they don’t.”

Organizing secretary of the Socialist Student Front (Marxist), Shovon Rahman said, “We demand a judicial inquiry at the beginning of the movement. When we saw that the administration had no intention of investigating corruption, we demanded the removal of this vice-chancellor.”

Protesters demanded that the university administration shut down the campus illegally by attacking the BCL to suppress the movement. There are allegations that two out of 5 Syndicate members in the Emergency Syndicate on November 5 opposed the decision of vacating dormitories, but it wasn’t considered. 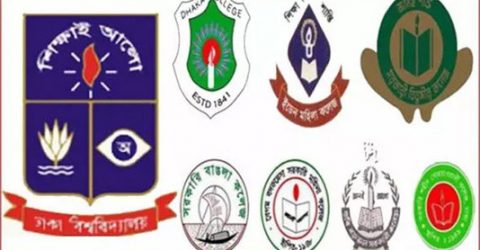