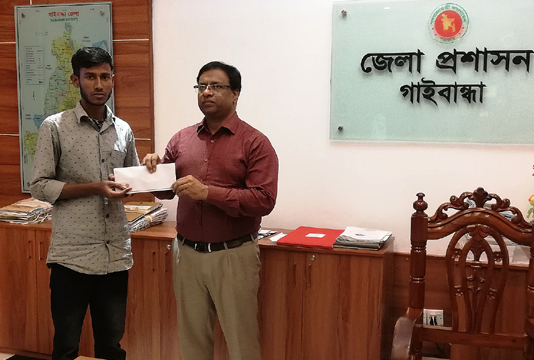 GAIBANDHA, – Deputy Commissioner (DC) Abdul Matin has lent his humanitarian gesture standing by a poor meritorious student who could not get admitted to university for want of money.

Being informed by social media, the highest government official of the district stepped forward to enable the poor genius student identifying him as
M. Shahid Miah to be admitted to university.

Shahid Miah, son of Sabial Miah and Sakhila Begum, hailed from Uttar Sreepur Satinamari village under Sreepur union of Sundarganj upazila of the
district got chance to get admitted into Chittagong and Rajshahi universities this year.

But financial hurdle left the van puller’s son in great uncertainty to get admitted to one of the two universities as it was very difficult to manage
Taka 8000 necessary for admission.

But the DC made it easier as he stood beside Shahid Miah by giving him a cheque of TK 10,000 for his admission to the university on Sunday.

Taking the cheque, Shahid Miah burst into tears and expressed his gratefulness to the government official. Shahid Miah decided to get admitted into Rajshahi University. He passed the SSC exams from Kasim Bazar High School in 2017 and HSC from Dhubni Kanchibari College of Sundarganj upazila in 2019 in Arts group.

Earlier, Matin also stood by a female student of Narayanpur village under Ballamjhar union of Sadar upazila by giving her TK 20,000 who was also facing a problem to get admitted into Dhaka Medical College due to money crisis.

The Gaibandha people lauded the DC for opening his kind heart standing
beside the poor students with financial grant.

Talking to the BSS, DC Abdul Matin also expressed his willingness to
continue his financial supports to poor students in future. 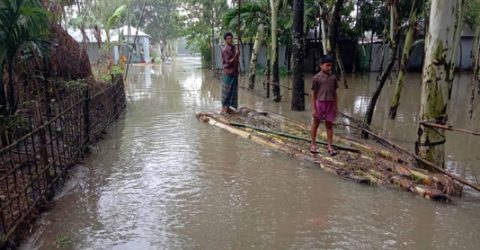 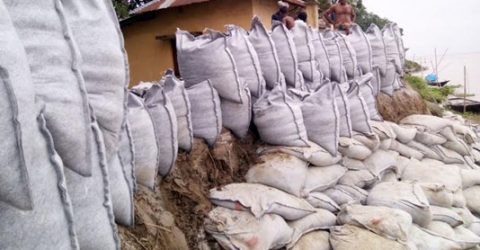 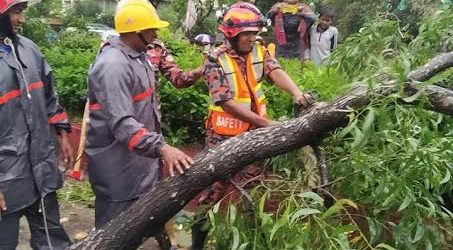 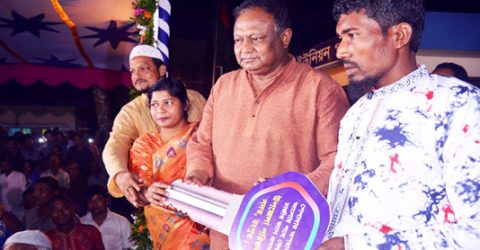