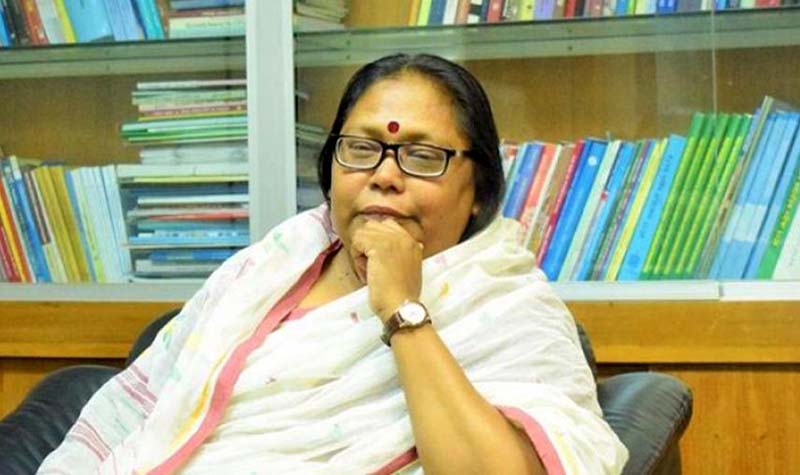 Shahadat Sumon,  JU Correspondent: The construction work of the total of five dormitories was begun on the Jahangirnagar University (JU) campus as a total of Tk. 1450 crore was allocated under the mega project.

After approval of the mega project by ECNEC, a total of Tk. 480 came for the construction of six dormitories on the campus.

The controversy of corruption in mega project raised as the university authorities did not followed e-tendering process while they followed traditional method of tendering.

On 21 May, The United Construction Company Ltd claimed that some leaders and activists of Bangladesh Chhatra League (BCL) of the university unit snatched their tender schedule so that they could not take part at the tendering process.

Some contracting companies then made written complaints to the Vice Chancellor in this connections.

Meanwhile, a humming was raised that JU Vice Chancellor Professor Farzana Islam allegedly gave a large amount of money to the BCL leaders and activists.

As some leaders and activists were not satisfied as they haven’t given their desired share, they disclosed it to the media. Particularly the followers of General Secretary SM Abu Sufyan Chanchal are not satisfied with the share of the money.

When asked about these matters with Vice-Chancellor Professor Farzana Islam, he became very furious and claimed that they were baseless and fabricated. She also verbally abused the journalists who went to take her interview.

Source said, JU Vice Chancellor Professor Farzana Islam made a negotiation among the three faction of the BCL leaders at her residence on August 5. JU BCL President Jewel Rana, General Secretary SM Abu Sufian Chanchal with five other leaders and 2 family members of VC were present at the meeting.

Due to the dissatisfaction for the sharing, some BCL leaders leaked the incident at the media that was published in different electronic and print media.

Talking to the BCL leaders of JU unit, the president received 50 lakhs, general secretary 25 lakh and the rival group received Tk 25 lakhs among the money of Tk 1 cores.

In the meantime, left leaning group of the university were demonstrating for reviewing the master plan under the mega project 1450 cores. The issue of sharing money added the new dimension at their movement.

The left leaning group placed three points demands including fare investigation of corruption and reviewing master plan and they sit discussion with VC. As their discussion foiled, they came to stage demonstration on the campus by different programmes demanding the resignation of VC as she did not assure them to take satisfactory initiatives in the corruption issue.

Later, the demonstrating teachers and students on the platform ‘Jahangirnagar Against Corruption’ demand their one-point demand, removal of VC.

The platform called all out strike from the last 10 days and finally staged sit-in in front of JU VC residents on Monday night. 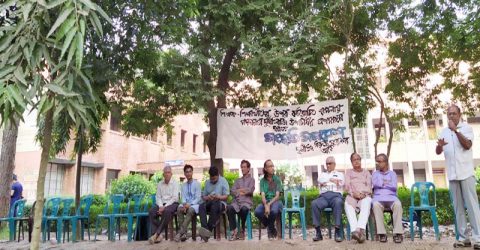