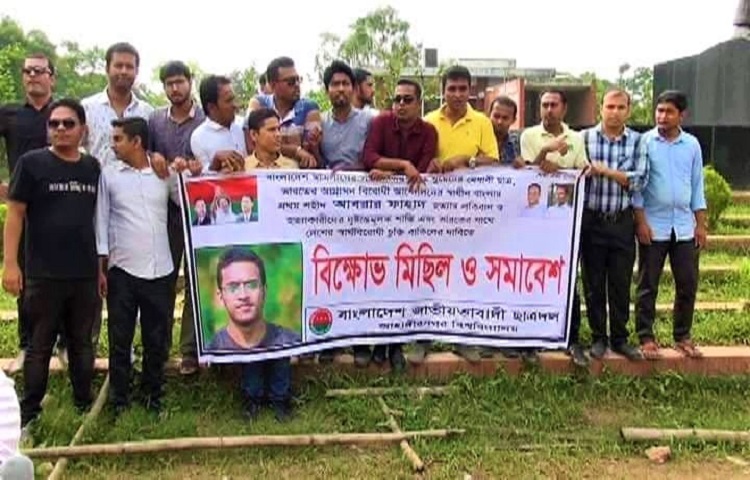 A protest rally has been organized by Jahangirnagar University (JU) Branch `Chhatra Dal` to protest the murder of BUET student Abrar Fahad, demanding exemplary punishment for all involved and cancelling all anti-country treaties.

On Wednesday, October 9, at about 10am, the procession began from the main entrance of the university and ended with a brief rally at the Amar Ekush sculpture.

Addressing the rally, Sohel Rana, president of the university branch, said, “We strongly condemn the murder of Abrar Fahad and demand exemplary punishment for the murderers. We urge government to cancel all treaties against the interests of the country.”

He also called upon the administration to cooperate with the students for peaceful coexistence in the university.

General Secretary Abdur Rahim Saikat said, “Abarar Fahad gave status on Facebook on opposing the agreement with India. It is not just Abar’s opinion. It is the demand of patriotic people of whole Bangladesh.”
“BCL killed a safe-minded student for speaking on behalf of the country, which shows that they do not believe in the independence of Bangladesh and are busy with the care of another country, so it is time to ban the Chhatra League in order to protect the independence and sovereignty of the country he added. 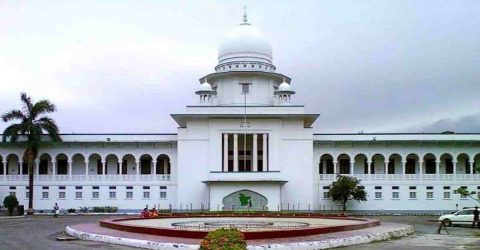 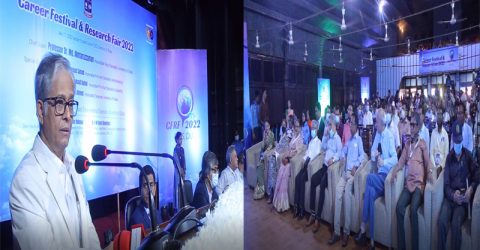