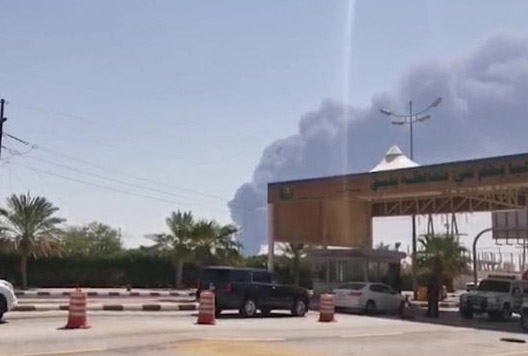 RIYADH,  – A drone strike on two major oil facilities in Saudi Arabia has severely disrupted production and drawn allegations that Iran is responsible for what the US has called an “unprecedented attack on the world’s energy supply”.

Here is what we know about the implications of the strike on the Abqaiq plant, the world’s largest oil processing facility, and nearby Khurais, which
hosts a massive oil field.

The attack took place as a five-year war rages in Yemen, pitting the Iran- linked Huthi rebels against a Saudi-led military coalition in a conflict that
has raised tensions across the region.

– How serious is the attack? –

Saudi energy infrastructure has been hit by the Huthis many times before, but this strike is of a different order, forcing the state-owned oil giant
Aramco to temporarily suspend about half its total output.

However, the full extent of the damage and what weapons were used is not clear. Reporters were not allowed near the plants, where Saudi authorities
swiftly beefed up security.

“This is going to focus attention on the Yemen war,” said James Dorsey, a Middle East expert at the S. Rajaratnam School of International Studies in
Singapore.

Rather than being “somewhere in the backyard in a remote part of the Gulf”, the war is “starting to involve key assets,” he said.

The Huthi rebels in Yemen claim they sent a swarm of drones far across the border to carry out the strikes, in what would be their most ambitious and
devastating attack after dozens of smaller-scale operations.

US Secretary of State Mike Pompeo blamed Tehran for the attack, saying there was no evidence it was launched from Yemen. But he did not explain how Iran was to blame or where the weapons came from.

Iran on Sunday dismissed the accusation as “meaningless”. The Wall Street Journal cited unnamed sources as saying that Saudi and American officials are investigating the possibility that the strikes involved cruise missiles launched from Iraq or Iran.

– How will world energy supply be affected? –

The attacks, which have cut six percent of the world’s oil supply, could drive up prices when markets re-open on Monday, but the impact will depend on how quickly the OPEC kingpin can restore production.

Aramco also said it would dip into its stocks to offset the disruption. The incident could undermine investor confidence in Aramco’s looming stock
market debut, a mammoth listing that the government hopes will raise up to $100 billion based on a $2 trillion valuation of the company.

– Could this trigger wider conflict? –

If it does turn out that Tehran carried out the attack, it would pose a major national security headache for Donald Trump and potentially upend a
nascent US softening on Iran.

In June, the US president called off a strike on Iran and he recently said he believes the leadership wants to talk, fanning speculation that he may
arrange a summit with his Iranian counterpart at the upcoming UN assembly.

The strikes will also escalate the bitter rivalry between Saudi Arabia and Iran, locked in a decades-old struggle for regional dominance.

Saudi de facto ruler Crown Prince Mohammed bin Salman has said the kingdom is “willing and able” to respond to this “terrorist aggression”.

But Dorsey says a direct retaliation is unlikely, as “the Saudis do not want an open conflict with Iran”.

“The Saudis would like others to fight that war, and the others are reluctant,” he said. If the Huthis are found to be responsible, it would likely set back talks that Washington confirmed earlier this month had been launched in a bid to end the country’s devastating five-year war.

– Why can’t Saudi stop these strikes? –

Saudi Arabia has splurged billions on military hardware including advanced fighter jets. But its arsenal has proved ineffective against the Huthis, a
ragtag but highly motivated tribal militia that specialises in hit-and-run guerrilla tactics.

While the kingdom’s oil wells, scattered over a vast geographical area, may be a difficult target, its various oil processing facilities are much more
exposed.

The Abqaiq facility is the “most vulnerable” among them, according to the Washington-based Center for Strategic and International Studies.

Aramco’s vast system of pipelines, pumping stations and ports along the Gulf and Red Sea are also at risk. A drone attack on two oil pumping stations
in May forced a days-long shutdown.

Nice memories but no trade deal for Trump in India 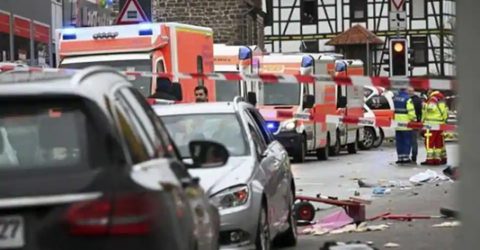 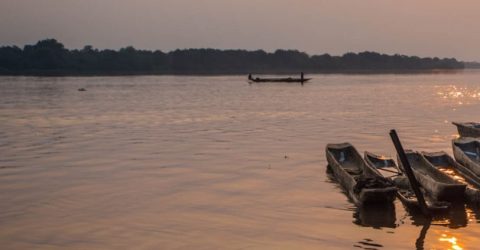