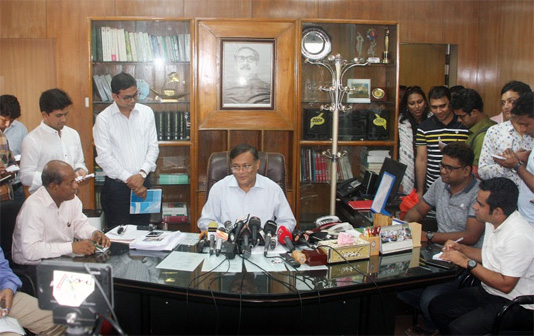 DHAKA, – Information Minister Dr Hasan Mahmud today urged BNP not to plan any destructive activities in the name of politics and warned that the people would resist them if they want to create an anarchic situation.

“We, the countrymen, saw the monstrous face of BNP in 2013, 2014 and 2015 and they killed hundreds of people . . . now, the people of Bangladesh would not allow them to do that,” he said at a press briefing at his Secretariat office here.

The information minister said the comment of BNP leader Gayeshwar Roy that they would form ‘Danab-bandhon’ instead of human chain is giving a bad signal for the country.

“BNP killed around 1,000 people by throwing petrol bombs and they didn’t spare even children, pregnant women, transport drivers and helpers. They indiscriminately torched hundreds of vehicles, establishments and government offices including copies of the holy Quran in the name of movement,” he added.

For this, Dr Hasan said, the people of the country rejected BNP in the last national elections. “If they try to do any sabotage in future, the people will resist them . . . I’m urging BNP to tread the path of positive politics,” he added.

He said BNP doesn’t have to be destroyed as it is destroying itself by taking destructive decisions. “BNP has taken wrong decisions continuously. For this, the party got few seats in the present parliament,” Dr Hasan, also Awami League Publicity and Publication Secretary, said. 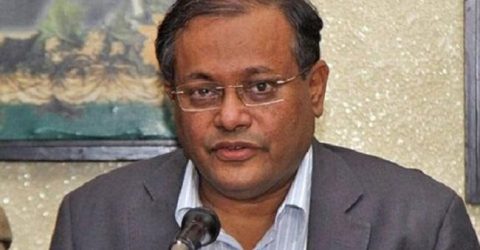 BNP has no confidence in country’s people: Hasan 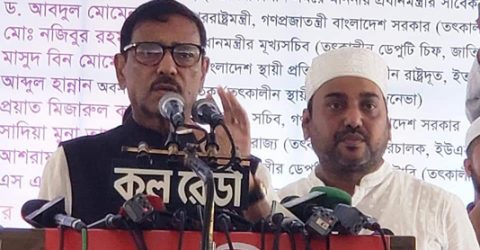