Bangladesh in danger after Afghans’ lead swells to 293 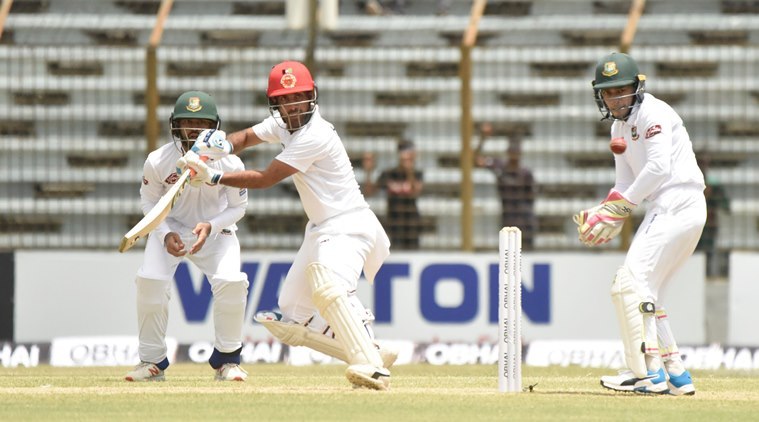 CHATTOGRAM, -Ibrahim Zadran hit a classy half-century on his debut while Asghar Afghan brought up his second half-century in the match as Afghanistan went to Tea on 156-4, extending their lead to 293 against Bangladesh on day three of one-off Test on Saturday at the Zahur Ahmed Chowdhury Stadium in Chattogram.

At the second interval of the day, Zadran was batting 82 with Afsar Zazai on 4. Afghan followed his first innings 92 with 50 off 108, hitting four fours and two sixes.

Zadran and Afghan combined for a 108-run for the fourth wicket after Afghanistan was reduced to 28-3, with Shakib Al Hasan making the most of the damage.

Shakib struck in the first over by removing opener Ihsanullah (4) and first innings centurion Rahmat Shah for duck in the consecutive deliveries.

That left Afghans at tricky 4-2 but Zadran and Hasmatullah Shahidi resisted briefly which came to an end with the dismissal of the latter as he edged one to Soumya Sarkar at slip off the delivery of off-spinner Nayeem Hasan. Shahidi scored 12 runs.

Zadran and Afghan them put on an intriguing show of batting, taking Bangladeshi spinner, who struggled to find their right line and length, in disdain.

Zadran initially concentrated on keeping his wicket when the team was in danger but once he got set, he tore apart Bangladeshi bowlers to score 82 off 193, smashing six fours and four sixes. Taijul Islam broke the partnership by dismissing Afghan but Zadran remains unscathed.

Earlier, resuming the day on 194-8, Bangladesh was able to add just 11 runs to be all out for 205 runs. Mosaddek Hossain Saikat was not out on 48. Mominul Haque was the highest scorer for the side with 52.

Afghan skipper Rashid Khan snapped up 5-55, his career best and second successive five-for following his match-winning 5-82 against Ireland in the previous Test match.

The feat made Rashid Khan the only fourth captain in the history to get a fifty and five-for on his captaincy debut after Franchis Stanely Jackson (1905), Imran Khan (1982) and Shakib Al Hasan (2009). Mohammad Nabi grabbed 3-56. 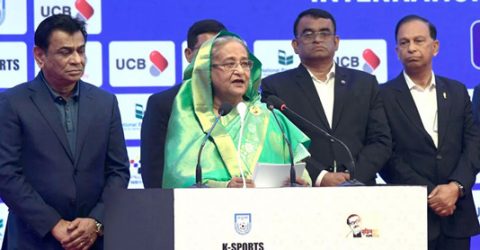 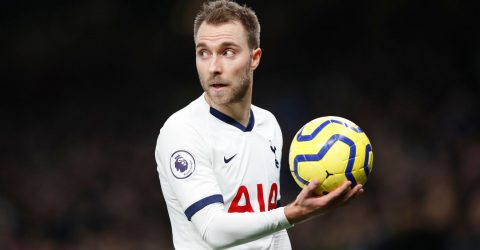 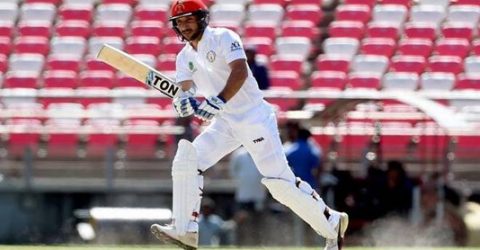 Rahmat proud to be first centurion for Afghanistan 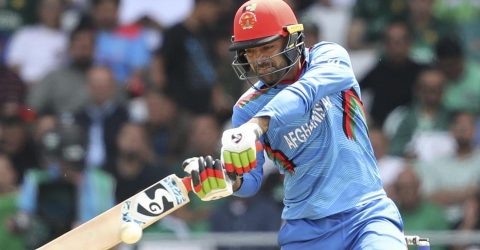