DHAKA,– Awami League General Secretary and Road Transport and Bridges Minister Obaidul Quader today said capital punishment will have to be ensured for all masterminds of August 21 grenade attack.

“The highest punishment will have to be ensured for August 21 grenade attack mastermind acting chairman of BNP Tarqiue Rahman after bringing him back home,” he said after paying homage to Shaheed Ivy Rahman, Women Affairs Secretary of Awami League, on the occasion of her 15th martyrdom anniversary at Banani graveyard here.

“The government has been trying best to bring back Tarique Rahman from abroad. The law ministry has been working in this regard,” he added.

“Verdict of August 21 grenade attack case was handed down . . . we have to wait for the full text of the verdict. Now, the higher court would begin hearing of the case,” said the AL general secretary.

He said Ivy Rahman was an uncompromised leader in the struggle for democracy and she was an idol for the women in the politics of Bangladesh.

“Ivy Rahman was critically injured in the August 21 grenade attack but she was not given treatment timely. Ivy Rahman could have been able to survive if her treatment would not have been delayed,” Quader added. 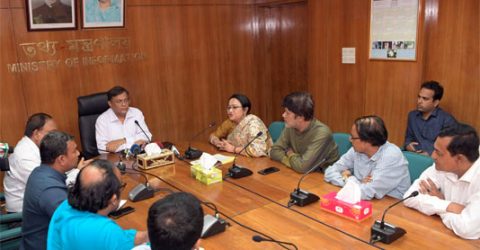