Many Bangladeshis overlook the fact that the reason for India’s huge advantage in its bilateral trade with Bangladesh stems from the relatively superior abilities of its producers. Even where the items to be produced in the two countries are complementary, the Indian producers seem to be more efficient and can market their produce at notably cheaper prices with equal quality in relation to Bangladeshi products. Thus, it is no wonder that Indian goods find ready access to Bangladeshi markets and the trade gap for us grows.

But there is also another way of looking at it. India has become Bangladesh’s single biggest source for meetings its import requirements for various merchandise. One reason is proximity or freighting costs from India are cheaper or more competitive than from other countries for Bangladesh. So, there is a gainful aspect in this for Bangladesh even though India enjoys a huge upper hand in the bilateral trade. But to a large extent this is a natural relationship between a superior producer and exporter in relation with a significantly weaker party in these matters.

But these issues are not seen with objectivity in Bangladesh but are presented to the gullible people as if India deliberately practices economic imperialism with us. In India also similar notions are spread that Bangladesh is an unreliable neighbour in many respects specially in areas that have implications for India’s physical security.

So, it is crucial for the leaderships in both countries to get rid of these hypes or discourage them effectively and build up their relationships based on trust and exact visualization of state of affairs between them as they stand and not on some highly exaggerated ones.

It is supremely important for Bangladesh to realize that notwithstanding both countries needing each other, the onus is more on Bangladesh to have correct relations with India. India not only surrounds us on all three sides, it is overwhelmingly powerful in all respects. The lifeline of our economy, the river systems, all flow into Bangladesh through India. Thus, India has a mighty geographic advantage over us and we hardly have a similar or matching leverage to face up to India.

Some may say that Bangladesh has the transit factor to bargain with India. But this is only one area where Bangladesh has a geographical or locational advantage whereas in all other geographical senses, India breathes down Bangladesh’s neck or dominates. India is among the first four countries of the world in terms of military power. Bangladesh is inconsequential by comparison.

Thus, we just cannot have our way with India through keeping alive discords or a confrontational stand. Governments will come and go in Bangladesh. But we must essentially have a united or consensual policy in response to India. The major political parties in Bangladesh must come to an understanding about what that policy will be so that there can be continuity of it regardless of changes in governance.

And such a policy needs to be drawn up completely unemotionally and constructively minus mind-sets or phobias. Of course, the aim ought not to be to approach the formation of this policy with any prejudice but the goal ought to be firmly also not to make any concessions if the same is not similarly responded by the other side.

Only villifying India or using anti-Indianism to whip up emotions in a bid to win elections may lead to short term gains for the perpetrators of such politics in Bangladesh. But the short, medium and longer term core interests of the country will not be helped any by such a stance.

A more dynamic relationship with India is waiting to be defined and shaped seizing and exploiting every opportunity. Clearly we need to acquire better specialist capacities to support formulation of foreign policies specially vis-à-vis India. 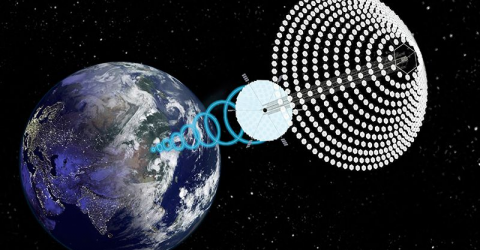