DHAKA, – Prime Minister Sheikh Hasina, now on an official visit to the United Kingdom, underwent a surgery in her left eye at a London hospital on Monday.

“The prime minister underwent the operation in her left eye at a hospital in the British capital on Monday afternoon,” PM’s Press Secretary Ihsanul Karim told BSS over phone from London today.

Sheikh Hasina, he said, is doing well after the surgery.

The press secretary said the prime minister digitally cleared a number of urgent files from the British capital.

“The prime minister disposed of a number of important electronic files (e-files) after reaching London on July 19,” he said.

Ihsanul said the prime minister is also monitoring Bangladesh’s flood situation round the clock and giving necessary directives to the ministers and officials concerned in this regard.

Sheikh Hasina went to London on July 19 to attend Bangladeshi envoys’ conference and other programmes.

The prime minister is expected to return home on August 5, the press secretary added. 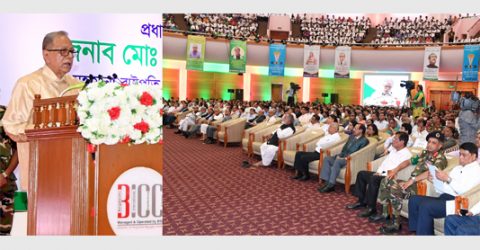