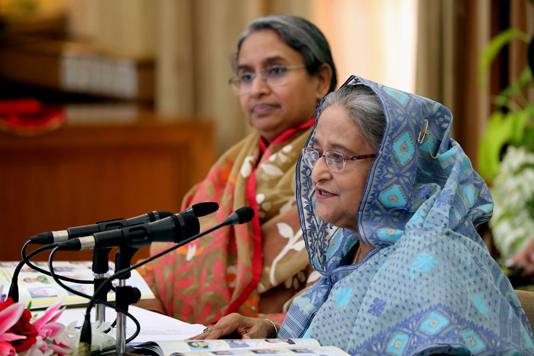 “The results are sufficiently good and acceptable … I believe that students will do better results if they pay proper attention towards study,” she said after receiving the HSC and equivalent results from Education Minister Dr Dipu Moni at her official residence Ganabhaban here this morning

Describing education as the key to building a developed and prosperous nation free from hunger and poverty, the prime minister said her government has taken various steps so that the students to be attentive towards education.

“So I think that why the students will fail,” she said.

She congratulated the successful candidates and told the unsuccessful examinees not to be disheartened.

“You’ll get the chance next time. We’ve formed a policy if any student fails any subject, he or she will get a scope of sitting for that particular subject,” she said.

The prime minister congratulated and thanked all concerned including teachers and officials for publishing the results before the stipulated time.

Referring to better performance of the girls than the boys in this year’s HSC and equivalent exams, the prime minister said the boys will have to do good results to bring gender equality.

“The issue of gender equality is well-known in the entire world. So the pass rate of male students will have to be increased to bring gender equality,” she said.

Spelling out her government’s steps for development of education sector, Sheikh Hasina said her government has given more importance to science and technical education to create a skilled workforce in the country.

“During our first tenure, we set up 12 science and technology universities in the country so that the students to be interested in pursuing science education… we also made computer available by lifting tax on it,” she said.

“The nation has started getting benefits of our steps,” she added. 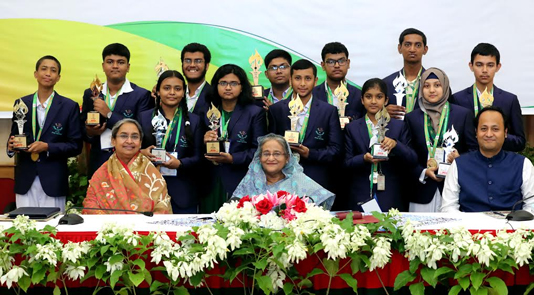 Recalling contributions of Father of the Nation Bangabandhu Sheikh Mujibur Rahman to the development of education sector, the prime minister said Bangabandhu had framed constitution by giving the highest priority to education.

“The Father of the Nation made education free for female as no nation could free from poverty without education,” she said.

Sheikh Hasina said Bangabandhu had constituted the Qudrat-e-Khuda Commission for development of education and the eminent scientist submitted his report to the Father of the Nation.

“But after the assassination of the Father of the Nation, the report didn’t see the face of the light,” she said.

The prime minister said the Awami League government assuming office after long 21 years enacted a time-befitting education policy in the light of the report of the commission by giving importance to science and technical education.

Highlighting Bangladesh’s tremendous development in various sectors including education, the prime minister said: “Bangladesh is advancing first and it will move ahead further Insha Allah,” she said.

Sheikh Hasina added that Bangladesh is now a role model of development in the whole world and put emphasis on keeping up pace of uplift.

Earlier, the results of this year’s Higher Secondary Certificate (HSC) and equivalent examinations were handed over to Prime Minister Sheikh Hasina.

Education Minister Dr Dipu Moni handed over a summary of the results to the premier at her official Ganabhaban residence here this morning.

A total of 9,88,172 students passed the exams out of 13, 36, 629 appeared from 10 education boards, including Madrasa Education Board and Technical Education Board.

The combined pass rate of all the 10 education boards is 73.93 percent, and a total of 47,286 students obtained GPA (grade point average)-5.

Later, the chairmen of 10 education boards handed over the results of their respective boards to the prime minister.

Senior Secretary of Secondary and Higher Secondary Division under the Education Ministry Sohrab Hossain and PM’s Press Secretary Ihsanul Karim were present, among others. 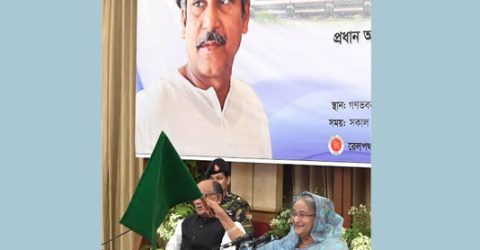 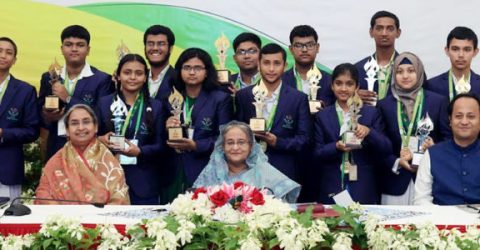