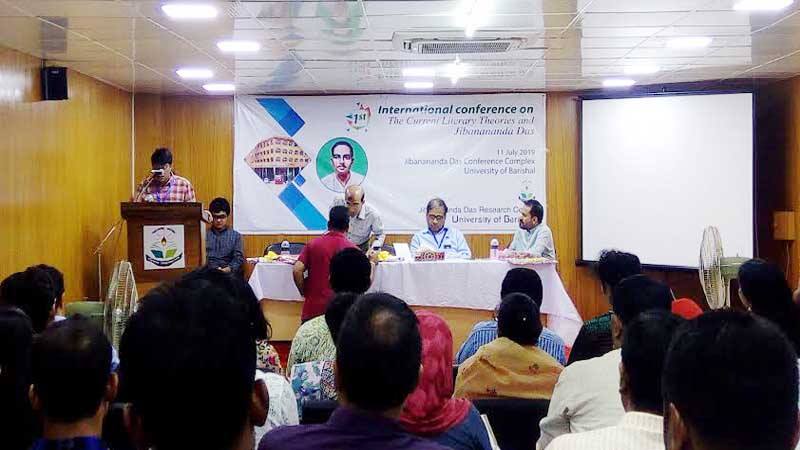 Faria Jahan, BU Correspondent: The 1st international conference on ‘The Current Literary Theories and Jibanananda Das’ has taken place today in 11 July, 2019 from 10am at Barishal University.This programme is mainly organised by Jibanananda Das Research Centre of University of Barishal.

The conference was divided in two sessions.At first English Session & then Bangla Session.This was a day long conference.

He also said, “Of course, the Jibanananda Das of political economy is relatively unfamiliar to us-or even deemphasized in contemporary criticism. But my theoretically engaged, interdisciplinary intervention seeks to track not only those unheeded poetic spaces that bespeak Jibanananda’s anticapitalist concern with political economy as such, but also- and more importantly- his prose work, particularly his short stories, relatively unexplored as they are.

At the end of his speech he said, “I finally submit that Jibanananda Das is one of the few creative writers in the world who powerfully and productively enact a dialectic between the aesthetic and the political-economic, and that his poetic understanding of political economy variously informs and inflects much of his oeuvre that indeed looks forward to a world better than the one we live in.”

At the End Session there has also shown a documentary named “Making of ‘Das’: A Filmic Research of Jibanananda Das.” This documentary is produced by Hiroshi Sunairi ( Acjunct Professor of Studio Arts, New York University, USA).

The conference has finished by the speech of Dr.Md. Rezaul Islam (Shamim Reza), the director of Bangabandhu Comparative Literature & Cultural Institute of Jahangirnagar University and by the thanking of Md Arif Hossain, member of Conference Organizer Committee.

It should be mentioned that the conference has taken at Jibanananda Das Conference Hall of University of Barishal. 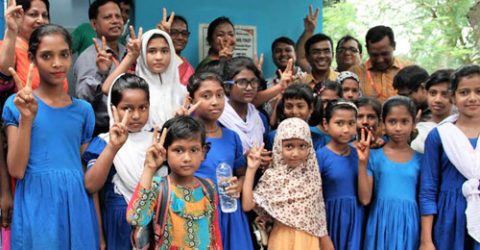