Medical board will decide if Khaleda needs hospital stay: Quader DHAKA,  – Awami League General Secretary and Road Transport and Bridges Minister Obaidul Quader today said a medical board would decide whether BNP Chairperson Begum Khaleda Zia should stay at hospital as she is now being treated at Bangabandhu Sheikh Mujib Medical University Hospital.

“The medical board and jail authority will decide how many days Khaleda Zia should stay at hospital,” he told a press conference at the AL president’s Dhanmondi political office here.

Asked if Khaleda sought parole, Quader said there are some conditions to seek parole and “if she doesn’t have any valid reason, why she will seek parole?”.

He, however, said it was up to the government to decide whether she would get parole or not if she wanted it.

About the Prime Minister Sheikh Hasina’s China visit, the minister said “China is our development partner. During the visit, MoUs of US$2 billion have been signed with China. The MoUs were singed for development.”

But, he said, BNP leaders does not see any development in the country.

Quader said Sheikh Hasina strongly projected the Rohingya crisis to the Chinese leaders and China assured her of mounting pressures on Myanmar to bring back their nationals from Bangladesh.

About the gas price hike, the minister said there are some logical reasons to increase the gas price but the government high-ups could reconsider the proposed hike. “But I don’t think there is any scope to reconsider it,” he said. 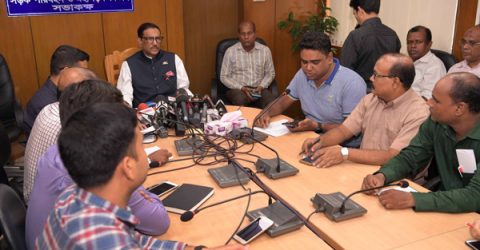 War criminals, communal forces not to be member of AL: Quader 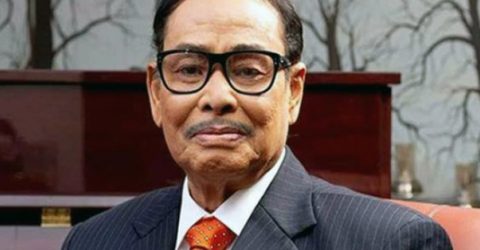